Katelyn Ruckman is 20-year-old sweetheart from Mansfield, Ohio battling Acute Promyelocytic Leukemia (APL).  Her mother contacted us to let us know that Katelyn really needs our help – her vehicle is beyond repair, utility bills are high, and all extra help is coming from her mother.  So we sent her some of the funds many of you have graciously donated to hopefully make things a little bit easier for them.  Below is a message written by her.

“My name is Katelyn Ruckman. I’m 19 years old, I live in Mansfield OH. I graduated Madison comprehensive high school on June 3rd 2011; I’m in college at north central state going for my degree in bio-science. I was diagnosed July 2, 2012 with AML M3 or APL leukemia. I’m the 2nd person in 13 years at nationwide children’s hospital to have what I have. My road began on June 28th 2012 when I went to my local hospital for what I thought was high blood pressure problems and when I had blood taken they came back saying I had lost 2\3rds of my blood and had no idea how. I was given 4 transfusions that took 4 hours per bag. My hemoglobin was 4.7 when it should be between 12 and 16. The next day I was told they thought I had leukemia and my world came to a stop. On the 29th I was taken down to nationwide where my journey began. On July 2nd I had my bone marrow extraction done to confirm what I had. It came back positive. I never in a million years pictured the day I would be told I had cancer. My surgery for my 1st chest port was scheduled for July 6th and that night I began chemo. My surgery took 3.5 hours and I ended up with a bad case of pneumonia and was on 3L of oxygen trying to keep my collapsing lung up. After one week of having my port it failed and I had a softball sized blood clot in my chest growing under my port. I went back in for surgery to have it removed, I then had my PICC line placed in my left arm and it lasted for 9 weeks. During my month spent in the hospital I had other complications such as the knee I had ACL surgery on got effected by the chemo and put me back in a brace and on crutches, I had several high fevers of 105+ for a week straight and caused bleeding behind both eyes and I lost sight in the left one for about 2 months I’m starting to see better but it will take time. After my PICC line failed I went back under for my 2nd port surgery that has given me nothing but problems including not returning blood or flushing like it should an I had a nurse that gave me a staph infection that I’m lucky did not kill me. I’ve had enough with this port and it will be coming out on November 20th and I will get a new PICC line. I have been told by many I’m extremely lucky to have what I have because it has a high cure rate but I also disagree some days because I get every side effect and complication from my chemo’s. I have a very aggressive type of leukemia that has to be treated with super harsh things including Arsenic IV form for a total of 50 days and 5000 ml, Idarubicin, Tretinion, Cytarabine both regular and high dose, Mitoxantrone, Mercaptopurine, and Methotrexate. None of these are pretty forms of chemo and cause a ton of trouble on the body including kidney failure, permanent damage to the heart, severe pain and sickness but if I want to live then I must go through it. I’ve gone above and beyond all odds that have been given to me to be where I am today, and hopefully in 2 years I will be all cured and so much stronger than anyone I face that hasn’t walked a path close to this.”

Update:  Unfortunately, 2 months after we first spoke with Katelyn, she passed away in February 2013.  We are still honored to be able to have put some smiles on her face during this difficult time.

Katelyn was a graduate of Madison High School where she played soccer, a sport she’d played from the age of 3. She had a passion for science and had started to pursue a Bio-Science Degree at North Central State College. Katelyn’s goal was to be a part of the CDC and go into the Red Zone. She had worked several years at Hallowicked: Haunted Woods and was planning on going back this fall. A daring girl with no fear, she had a contagious laugh. Katelyn loved all animals, especially her birds Pickles, a red lored Amazon, Gabby, a cockatoo, and Babe, a blue fronted Amazon. She enjoyed the outdoors, particularly fishing, and collected sock monkeys, nut crackers, and turtles. Along with her mother, Katelyn started the organization, Rock the Cure 4 Leukemia, to raise awareness to the public on the signs and symptoms of leukemia, raise money for research, and to help off set costs to leukemia patients. She was looking forward to March 1st for their first benefit.

She is survived by her mother, Angela Ruckman of Mansfield; brother Matthew Ruckman (fiancé, Katie Ocheltree) of Bellville; grandmother, Judy Sargent of Mansfield; a nephew whom she adored even though she could not spend much time with him due to personal illness, Brayden Ruckman of Bellville; uncle, Larry (Megan) Sargent of Centerburg; cousins, Lauren and Charlie Sargent, both of Centerburg; very good friends, Bobby Schumacher of Willard and Shaun Conner, Rich Blevins, and Aaron Snyder, all of Columbus; and a host of extended family and friends which the list is too long to mention. She was preceded in death by her grandfather, Darryl Sargent and great grandparents, Charles and Edith (Walker) Cole.

A special thanks to the bands who supported her, in particular, Viper from Mansfield who played at her benefit in Columbus. Katelyn appreciated their friendship and support so much. And to Bill Ball and Mark Schaeufele, representatives from Afflac insurance, who if not for them, she would have been homeless. They were a huge help to her and the family.

Friends may call Monday, February 11, 2013 from 4:00-8:00 p.m. at the Diamond St. Home of Wappner Funeral Directors, 98 S. Diamond St., Mansfield. Everyone is encouraged to come in casual attire but to wear orange in awareness of leukemia. Funeral services will be held Tuesday, February 12, 2013 at 2:00 p.m. at the funeral home conducted by Pastor Mark Schaeufele. Burial will follow in Bellville Cemetery. Memorial contributions may be made to Rock the Cure 4 Leukemia, 837 S. Main St., Mansfield, OH 44907. 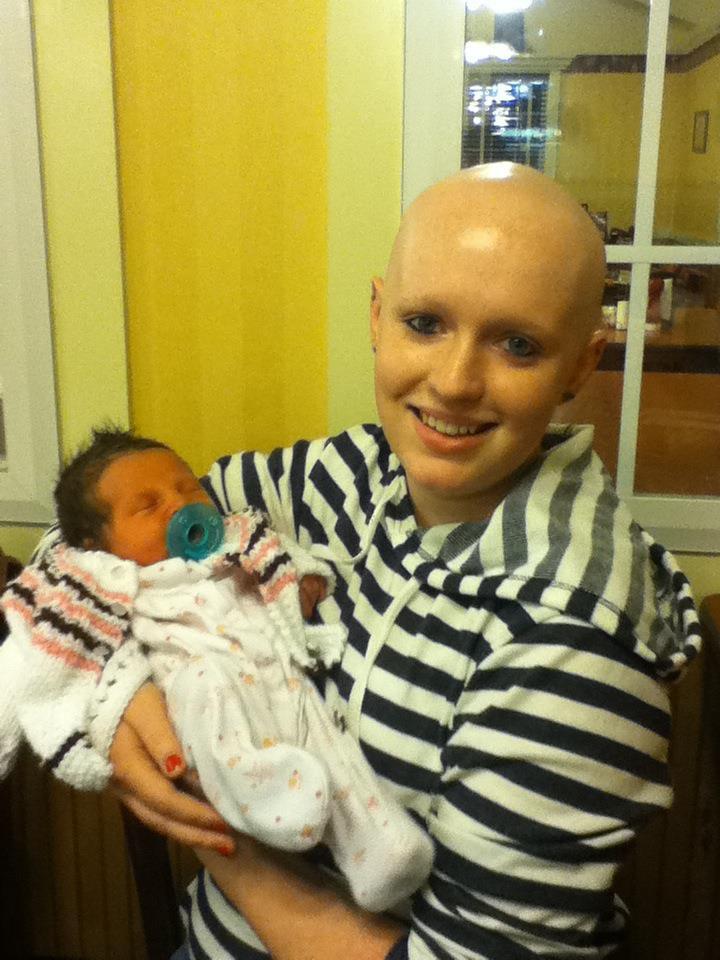