The following is an article that was printed in the Herald Times Reporter on April 1, 2015, written by Charlie Matthews (pictured below).  The McLean Family would especially like to thank Charlie and the local newspaper for following Eric’s story so well over the years.  Charlie, you are too kind.  We wiish you all of the very best with any of your future endeavors! 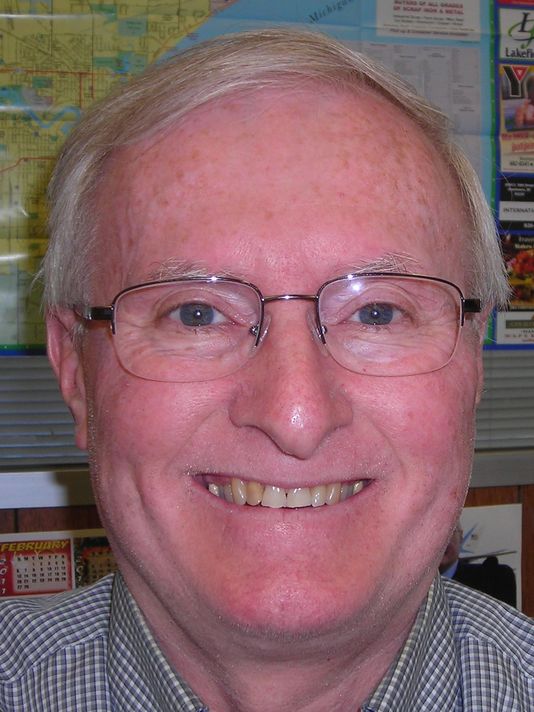 I will never forget Eric McLean.

He died at 28 in August 2012, a year after the Two Rivers man got married to Manitowoc’s Cari Jaeger and following a nine-year battle with leukemia with multiple remissions and relapses.

I interviewed the newlyweds as Eric’s life took another twist, and on the way back to the office prayed for a miracle cure that was not to come.

Before his passing, his last YouTube video, “Eric’s Confession Final,” was viewed a million times by a worldwide audience hearing him say at the end, “I love you all … I hope you all live, long happy lives … peace, love.”

After 16 years with the Herald Times Reporter, this is my last day having the privilege to be a staff reporter interviewing interesting — sometimes inspirational — people, as well as to cover local and state politics and the Lakeshore-area business community.

It was a privilege to talk with Dick Stolz, Ambrose Allie, Catherine Conway Wagner and and Jerry Nelson — members of “The Greatest Generation” helping to win World War II for the U.S. and its Allies.

I had the honor of interviewing them as part of our D-Day 70th Anniversary coverage last June.

Yes, I’ve had the best job in Manitowoc County writing more than 3,000 stories since January 1999.

But I’m leaving full-time work to do more volunteering, go back to college, take even more bike rides, and await the birth of our first grandchild in July.

Manitowoc has been a good place to live, work and raise our two children. Sarah and I will be staying right here other than trying to get away to sunnier, warmer spots in March or April.

I’ll keep doing “overnights” at the Hope House homeless shelter. I have training sessions this month to be an English literacy tutor at the Manitowoc Public Library.

I intend to audit one or two classes at the University of Wisconsin-Manitowoc in fall.

Yes, I graduated from UCLA 42 years ago — sometimes it seems like just a decade or two ago, especially with annual March Madness bringing back memories of Coach John Wooden and four NCAA basketball championships during my undergrad days.

But, for those of us 60-plus, we can sit in on UW classes for free and my curiosity about scores of topics isn’t retiring.

•Local, non-partisan elected leaders deserve your respect and appreciation. The pay is minimal, or none for Manitowoc school board members.

Except in rare circumstances, they “do their homework” on the issues and vote their conscience or constituents’ overwhelming wishes with no special interest contributors influencing their decisions.

But, show up at budget hearings and vote or don’t complain later. The city of Manitowoc has agendas and relevant documents on its website offering background information on civic issues under review.

•Most Lakeshore-area businesses, especially family owned, do want to stay here. They make investments in technology and their employees to compete aggressively and honestly against other companies in Wisconsin or around the world.

•Volunteers are the lifeblood of many local organizations’ ability to serve. Yes, Tom Drill is unique but there are hundreds, if not thousands, of men, women and teenagers like him with a passion to make a positive difference in our community.

•I’m pleased Stellar Students continues a dozen years after I helped it become a regular feature. I hope it will continue to be published in print and online drawing attention to exemplary area high school students.

But I have really just tried to do a decent job covering important elements of the community I’ve called home since 1992.

•I know the reporters, editors and photographers with Gannett Wisconsin Media and the HTR will continue to give you the news and features you want or need for making good decisions as citizens or just for fun.

So, whether it’s biking on Mariners Trail, buying produce at the Farmers Market, going to a show at the Capitol Civic Centre, or reading at the library, I’ll see you around.