Growing up, I always did the best I could to look out for my siblings.  It was my job to make sure they were never bullied (except for sometimes by me, of course).  To me, Eric’s cancer was no different…a bully, a demon.  It had come to terrorize him, threaten him, and put him through more pain than I could ever imagine.  But no one was about to let it take him from us.  We had to mobilize, keep spirits high, and help fuel cancer research.  Hence the birth of L.I.F.E. – the Leukemia Ironman Fundraiser for Eric.

On days of my training, I thought about the picture of Eric strapped into the radiation machine.  Or I would think of days when I would visit, and he was so drained from treatment, he could barely open his eyes or even say hello.  For me – Eric’s cancer, the demon, became its own entity.   I believed that if I could chase it down, it could be defeated.  So I would just go faster and faster, trying to produce negative time splits as far down as I could get them.  Deep inside I knew it was all in my head, but I had to believe in something.

There were moments during the race that I will never forget.  In the swim I distinctly remember rounding a buoy and coming in for a 2nd lap, feeling good.  Suddenly, right then I was covered in goosebumps, a chill was running down my spine, a paralyzing feeling.  I was convinced that the demon was in the water with me, but I wasn’t going to let it out-swim me!!  I quickly looked up, noticed I was alone in open water, and sitting in good position.  I put my head back down, and just gave it hell.  When I reached shore, I was feeling great, my legs were fresh – I had beaten it to the beach.

In the transition I put my race number around my waist that donned my last name, McLean.  Yet all along the course, literally hundreds of people were screaming my first name, many of whom were people I did not know.  Many were screaming “Go Team!” for the Leukemia and Lymphoma Society’s “Team in Training” uniform that I was wearing.

While on the bike, a young first-time Ironman came up to my side and introduced himself…Carl.  He said I did not know him, but that he knew all about Eric, and that he wishes the best of luck.  I sincerely thanked him, and for a moment, I let him ride ahead, bowed my head, and wept.  But they weren’t tears of sadness.  Right then I got that chill down my spine again, and I kicked it into gear.  Instantly this guy became a buddy, another comrade in the fight.  Later on, about 85 miles through, he told me that his legs were really starting to suffer.  Knowing that there would be a tailwind on the way back, I told him to take it easy and use it as a recovery so he’d be fresh for the run.  He did exactly that, and ended up running a 3:37 marathon and finishing in 10:31.

One night in 2003, during Eric’s first fight, I had a premonition that if I didn’t finish the Ironman that year, Eric was not going to make it.  Race day came, and 5 miles from the finish line, in a 140.6 mile race, I collapsed.  I was absolutely crushed and stricken with grief.  For obvious reasons, I kept it to myself.  Personally I found it more than just coincidental that Eric also got awful close, just months away from the 5 year mark…what doctors would have considered an essential cure.  So you see, I sort of blamed myself for Eric’s relapse.  My stem cells didn’t finish the job, and neither did I in that Ironman.  So there was absolutely no way was I going to let it slip again this time.  So last Friday, after our last NBC interview, I told Eric I had something to tell him, and it would have to wait until I finished the race.  My training has been sparse, my bike is old, and I’ve recently come off of some major surgeries.  But I made damn sure to not only cross that line, but did it with the sun still shining on my back.  The demon had been defeated, its days of terrorizing my brother were finally over.  As soon as I could speak, I hugged him long and tight, and told him of the old premonition.

Thank you to anyone who donated, gave us their encouragement, or kept him in your prayers.  You all had a hand in beating in the demon.  God willing, Eric is now free of it.

(that is Eric in the white LIFE shirt pictured below) 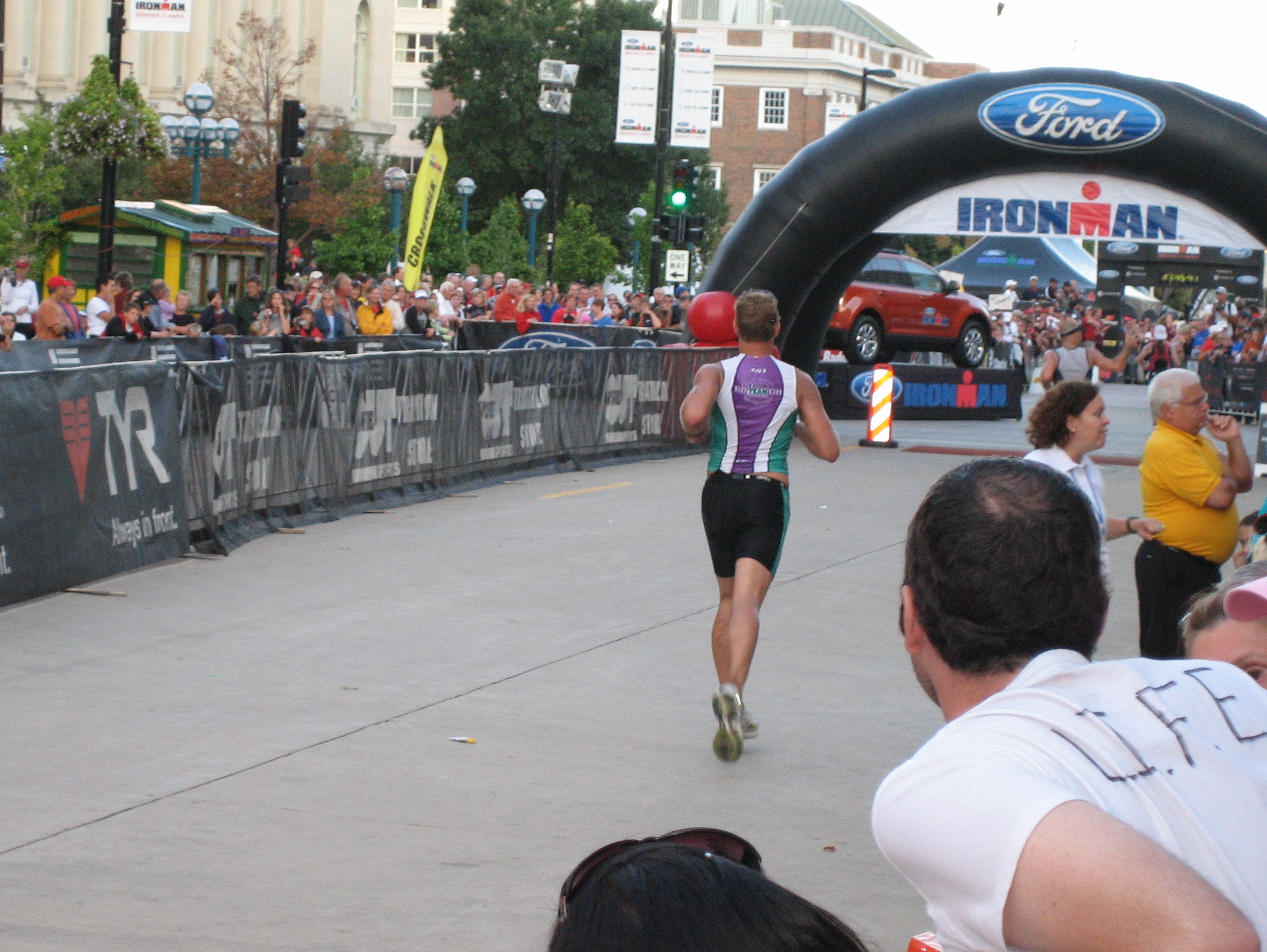