I know…it’s been awhile since I’ve last written.  Part of that is just because there hasn’t been a whole ton to write about.  I suppose the other part is that I just didn’t really feel up to it until today.   So, what the heck has been going on in the life of Eric McLean?

Health wise, I suppose things are going okay.  I really can’t complain too much, since I am still technically in remission.  I had a bone marrow biopsy a week ago and thought my appointment today would provide the results of that.  However, they will not be in until my appointment next week.  Just to update anyone who missed the last journal entry, in the biopsy before this one, there were traces of “Eric” bone marrow cells floating around.  The entire purpose of the bone marrow transplant was to get rid of any and all “Eric” cells.  This was the first biopsy that had come back with evidence that there were still some of my own cells still hanging out.  Because of that, it means that the risk for relapse is substantially increased.  Thus, they now need to do more routine biopsies to further monitor the progress and path that my bone marrow decides to take.  If, for whatever reason, Lindsey’s autoimmune cells decide not to kill off whatever Eric cells are still there, then we have problems.  The fact that my own cells are still chillin’ out in my body is some kind of proof that Lindsey’s cells aren’t doing the best job that they could.  Don’t get me wrong, I’d be in a world of hurt if I didn’t get the transplant from my sister Lindsey.  I’d have been gone a year ago without it.  We can only hope and pray that they keep doing what they are supposed to do and then-some.

One of the tests that they perform on the bone marrow that is extracted is called a FISH test.  They use this test to determine, by sample size, how much of my bone marrow is Eric and how much of it is Lindsey.  It will be another couple of days before they get those results back, so I’ll probably send out a second update as soon as I hear back from them what the percentages are.

In other health news, my graft versus host disease is still keeping me down.  I know for a fact that I have been less productive at work.  I can’t seem to concentrate on anything for a long enough period of time to deliver some solid results on the projects that I am working on.  I’m really doing everything that I can to maintain my status on and off of my team as being a very productive and hard worker.  But there are just some days where the pains just are too overwhelming and I totally shut down.  I really can’t afford to take any substantial amount of time off of work to recover from it.  The bills keep coming in and someone has to keep paying them.

I’ll try describing in words how I feel on a day-to-day basis…The best overall description is that I feel like I have a nasty hangover.  My joints are all really stiff and sore.  I have this terrible intermittent stomach pain that just comes and goes whenever the hell it feels like.  My eyes are still bugging the crap out of me.  That’s something I don’t think I will ever get used to.  I’m constantly blinking because my tear production is quite a bit below normal.  I’ve got a bottle of eye drops in my front pocket on-the-ready at all times.  My diet still sucks.  I’m eating probably one full meal a day.  And then when I’m not eating, I’m usually just sipping away at a glass of water or something.  Overall daily calorie intake is probably somewhere between 1,000 and 1,500.  Because of that, my energy levels aren’t where they should be and fatigue is a constant bother.  They’ve still got me various medications, but the more I take them, the crappier I seem to feel.  Personally, I think I’d be best off just going all-natural and trying to live my life medication free.  But then I’m sure I’d have my mom on my ass all of the time worrying sick about me.  Not only that, but my doctors would give me the stinkface every week when I go in for my appointments.   I knew there would be repercussions from all of the treatment that I went through, but I didn’t imagine that it would have this sort of effect on me.   I guess after the first transplant, I didn’t really go back to work or out and about into society for a full year.  I probably rushed getting back to life after this transplant.  Oh well…

I’m getting by, though.  Things could be worse.  The days are getting warmer and the girls are looking hotter!  I think the summer tends to do that!  I’ve been able to get my bike out, when I’m feeling up to it, on a semi-routine basis.  I ride it into work every day that the whether permits and I took it down to the lakefront a week or so ago and just sat and watched the water. 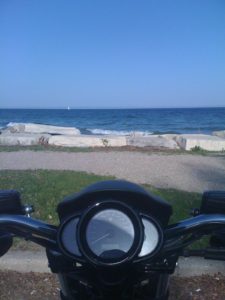 This past weekend, I went up to Two Rivers to say good bye to my sister, Lindsey.  She enlisted in the Air Force and shipped out this past Monday.  We had a huge party for her at my parents’ house and had one heck of a send-off for her before she left.  Everyone had a great time and some pretty awesome moments were had.  I couldn’t be more proud of her for doing this.  I really think this is going to be the experience of a lifetime for her.  I told her on the phone a couple of weeks ago when she was having second-thoughts of going through with it, that if I were 18 years old again and maybe didn’t have any real plans with what I wanted to do, then I wish I could have done something like the military.  With my condition, I am permanently struck out from ever being able to serve in a military branch.  It’s something that I’ve always kind of wanted to do, but after I went to college and the shit hit the fan, I knew that would never be a possibility.  Anyway, she left for San Antonio, Texas where she will spent the next couple of months at basic training/boot camp.  She enlisted in the special security forces or something like that.  I’m not sure exactly what her job details are going to be, but I know they are security related on the base.  So where the heck is she going to be stationed?  Well, by the way it sounds, she pretty much got to pick where she wanted to go, and from what I understand will be stationed in Italy for the next six years.  Lindsey, if you able to and just might be reading this, I love you and wish you the very best.  You’ll be done with boot camp in no time at all and I will see you soon.

What else…hmmm…well I guess no blog would be complete without an Ava update.  I can’t help but write a little something about her in these things and throw a picture or two in.  She’s moving pretty quickly now.  She’s fully upright on two legs and moving faster than ever.  To make matters even more interesting, before Lindsey went to Texas, she bought Ava a Power Wheels pink mustang. 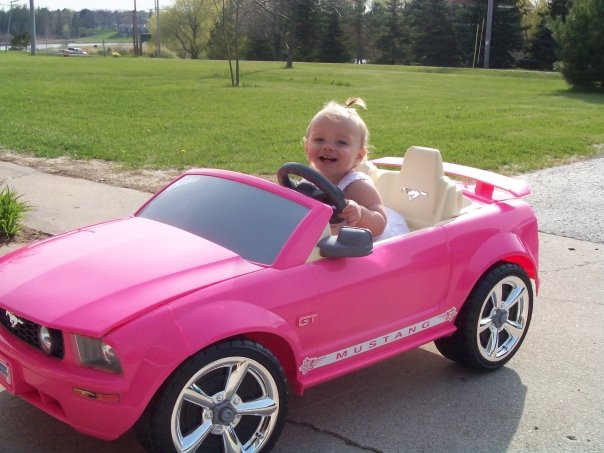 There really are no words to describe how fricken adorable she is.  I’ve got pictures of her at my desk at work and my bedroom at home, and whenever I’m feeling down, I just take one look at her and everything gets better!

As far as the family goes, Lindsey I already talked about. Mike is starting up physical therapy school in the very near future.  He’s finished up all of his courses at Madison to get into PT school and should be getting that rolling shortly.  My parents are doing alright.   My mom is recovering fairly well from her surgery but now has terrible knee swelling and pains.  I’m sure there will be another surgery in the near future for her in that regard.  Steve and Ashley seem to be doing great as well.  Overall, things are peachy.  The Brewers are doing pretty well and the Cubs are not!  Now we just need the Cardinals to cool down some!  The weather is getting much nicer and Summerfest in Milwaukee is right around the corner.  I just need to get over this lull in my health so that I can enjoy everything that is going on to the max, but in the meantime I can deal with it.

Everyone take care and as I mentioned earlier, I’ll post a quick update to let you all know the results of the biopsy. 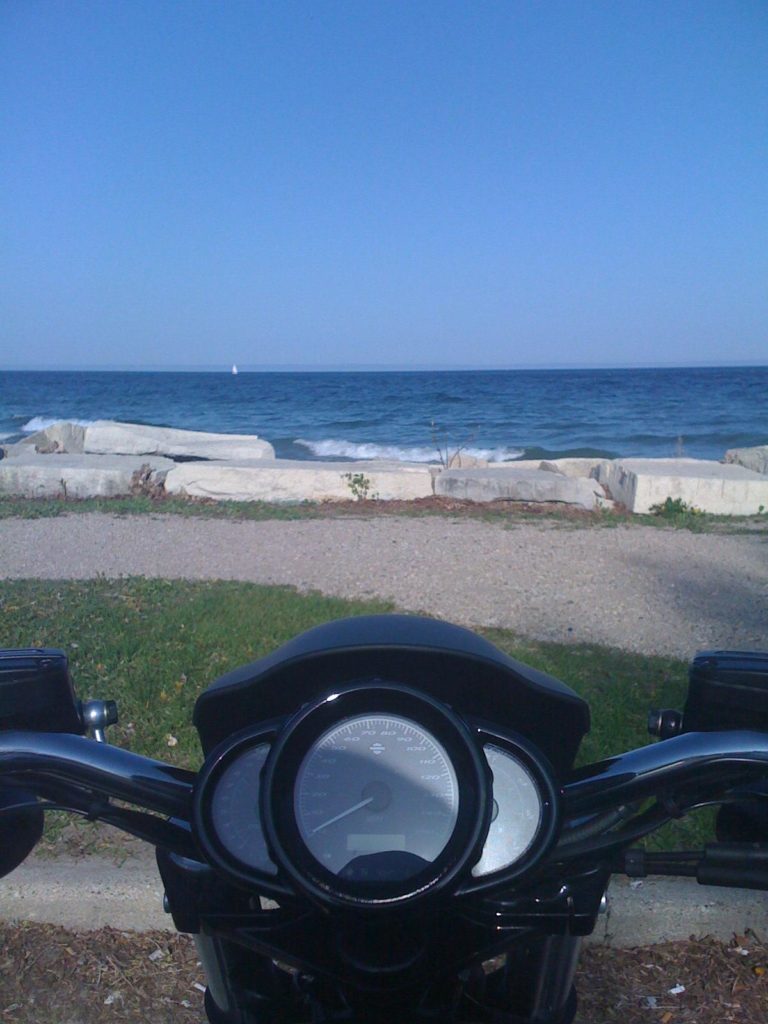