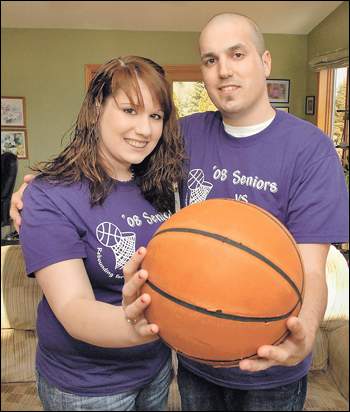 TWO RIVERS — The fading bruise on Eric McLean’s left arm is a constant reminder of the balance he’s struggled to find between victim and survivor.

In the back of his mind, the 23-year-old knows it appeared in October 2007 — when he was just another college student, taking in the last few weeks of school before graduation would catapult him into a new world. He was a leukemia survivor with 4½ years in remission, and he was ready to take on a new job and a new definition of life.

But looking at the outline of the same bruise today, his arm rests on a Froedtert hospital bed. He’s finishing chemotherapy, he’s a day away from radiation, and in two days, he’ll have a bone marrow transplant. Today, that bruise marks the first in a string of signs that led to the realization that Eric wasn’t well again.