The Will to Win Wisconsin – Matt Giesfeldt vs. the 2012 Wisconsin Marathon

Matthew Giesfeldt, a second lear law student at the University of Wisconsin-Madison, is planning to race in 2012 Wisconsin Marathon in Kenosha, WI on May 5, 2012 and he is training with the will to win. Thus it has been dubbed, “The Will to Win Wisconsin”!  Proceeds from fundraising efforts from this event will benefit the Leukemia Ironman Fundraiser for Eric.  Matt and Eric’s older brother Mike McLean worked together at Movin’ Shoes, a running shoe store in Madison, Wisconsin.  There, the two became good friends and shared stories about experiencing a close family member’s cancer. Matt lost his mom to sarcoma in 2009.  Since losing his mom, Matt (and his wife, Kari) organized and directed the Mama Goose Memorial Run/Walk (mamagooserun.com) to raise money for cancer research, and the race is now going on its fourth year.

Over the past few years, Eric’s older brother Mike has initiated his own L.I.F.E. fundraising events, successfully completing four Wisconsin Ironman Triathlons in Eric’s honor to inspire donations to L.I.F.E.  Inspired by Mike’s efforts,  Matt hopes to inspire future donors by attempting to not only finish this marathon, but to WIN it.  Matt will use Eric’s will to survive to inspire him to make the sacrifices and efforts necessary to give me a chance to win this race.  Matt is making a bold move by announcing his intentions, but it’s that head-strong mentality that it takes to overcome the toughest of battles.  Matt’s personal best marathon time is 2:42:42, and based on previous race results, and he believes a 2:35:00 marathon will put him in contention.

In Matt’s own words, “I realize that winning this race will depend just as much as the competition as my preparation. If someone trains harder, better, and faster than me, then that person deserves to win.  However, if I don’t win Wisconsin, this fundraiser will not be a failure. My goal is to inspire donations to L.I.F.E. by making the commitment, sacrifices, and efforts that will allow me to drop over five minutes from my best marathon time to date.” 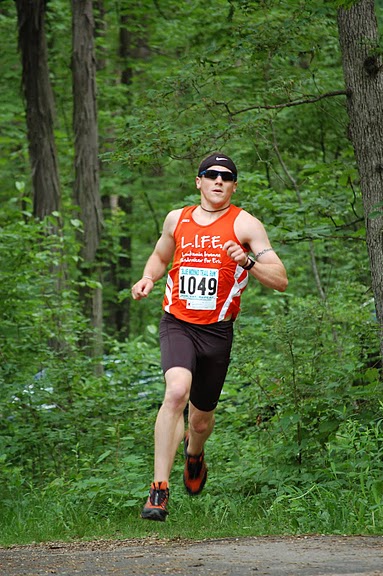 Matt is also the founder of the Mama Goose 5k Memorial Run, an annual event that takes place in Verona, WI in honor of his mother, Margaret “Peggy” Giesfeldt, aka “Mama Goose”.  Before she lost her fight to cancer in January 2009, Margaret Giesfeldt told her family she didn’t want an ordinary funeral.  “She wanted a party,” said her husband, Mark Giesfeldt. “She wanted it to be a celebration of life.”  That was typical of “Peggy,” who worked nearly a decade in Verona schools as a secretary before she was diagnosed in 2001 with sarcoma, a rare and aggressive form of cancer.  Her son, Matthew Giesfeldt, 25, said his mom was a passionate supporter of Verona Area High School athletics, particularly the cross-country and baseball teams that he and his brother, Joseph, 20, were on.  “She’d do anything she could to help out,” he said. “She was just unconditionally supportive at all times.”  Matt, a 2002 VAHS graduate who’s now an assistant coach for the high school’s cross country team, said when he was in high school, his peers tagged him and his brother with the nickname “Goose,” a play on their last name. As a result, their mom – a fixture in the stands and a steady volunteer for local sports – was dubbed “Mama Goose.”

For the last 3 years in a row, Matt has honored his mom with the inaugural Mama Goose Memorial Run/Walk, a 5K tribute to her spirit that doubles as a fund-raiser for the UW Carbone Cancer Center in Madison, where she received much of her treatment during a seven-and-a-half year battle with sarcoma.  Mark Giesfeldt said his wife’s first surgery occurred Sept. 11, 2001, and that over the subsequent years, she had six more major surgeries plus countless sessions of chemotherapy and radiation treatment. She died Jan. 12 at UW Hospital at the age of 52.   One of the doctors said she was the longest-surviving sarcoma patient in the world,” Mark said.   Mark Giesfeldt said he and Peggy lived in Verona for about a decade and in Fitchburg for about 13 years before that. Peggy’s life – and death – was an inspiration to others, said Matthew, who will teach fifth grade in Dodgeville starting this fall.   Her zest for living was unmatched,” he said.

We wish Matt the very best of luck in his training. 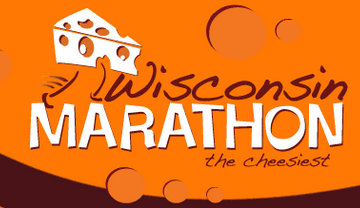