Joey Renick, a 22 year old nursing student at the Goldfarb School of Nursing in St. Louis, MO recently relapsed for the 2nd time with Acute Lymphoblastic Leukemia.  He first began this battle when he was just 3 years old, going through 3 years of chemotherapy treatment which was successful at putting him into remission at age 6.  Then 12 years later, tests revealed his cancer had returned.  He successfully achieved remission through another fight with cancer after 2 more years of intense treatment and harsh chemotherapy.  His hospital and nursing staff inspired him to pursue a Bachelor of Science in Nursing degree at the Goldfarb School of Nursing in St. Louis, MO.  He was nearly halfway through the program when he learned he would now have to face it for a 3rd time.  Joey’s faith and endurance are truly an inspiration to us all and he strides through everything life has thrown his way. Last month, L.I.F.E. paid a visit to Joey in the hospital and was able to assist him with some of his medical costs thanks to the generous donations given to our organization for this exact reason.

It was then that we were able to connect Joey, with local marathoner Mark Spewak, a 23 year old communications major at Webster University in St. Louis, who will be running his second Boston Marathon on Monday April 18th.  This time, it will be in honor of Joey.  Mark finished the 2015 Boston Marathon in 2:49:59, and has been training nearly 100 miles per week with hopes of improving that time.  In Mark’s video that he posted on YouTube, “This year I’m teaming up with a local charity called L.I.F.E. that raises cancer patients in need.  This year in St. Louis, there is a local nursing student who needs our help, and his name is Joey.  Please take the time today to look at Joey’s page and consider donating to him.”  Mark is also the founder of local charity organization “More Miles More Smiles” which was created to inspire people on a daily basis, one mile at a time.  The 2016 Boston Marathon will take place on Monday, April 18th.

L.I.F.E. is 100% volunteer driven, so 100% of all donated funds are given directly to patients and research programs.  100% of all donations made on Mark’s fundraising page for Joey will be given directly to him and his family.  Stay strong Joey – we are all praying for you, and look forward to seeing you wear those nursing school scrubs again!  Good luck Mark, and thanks for everything that you do! 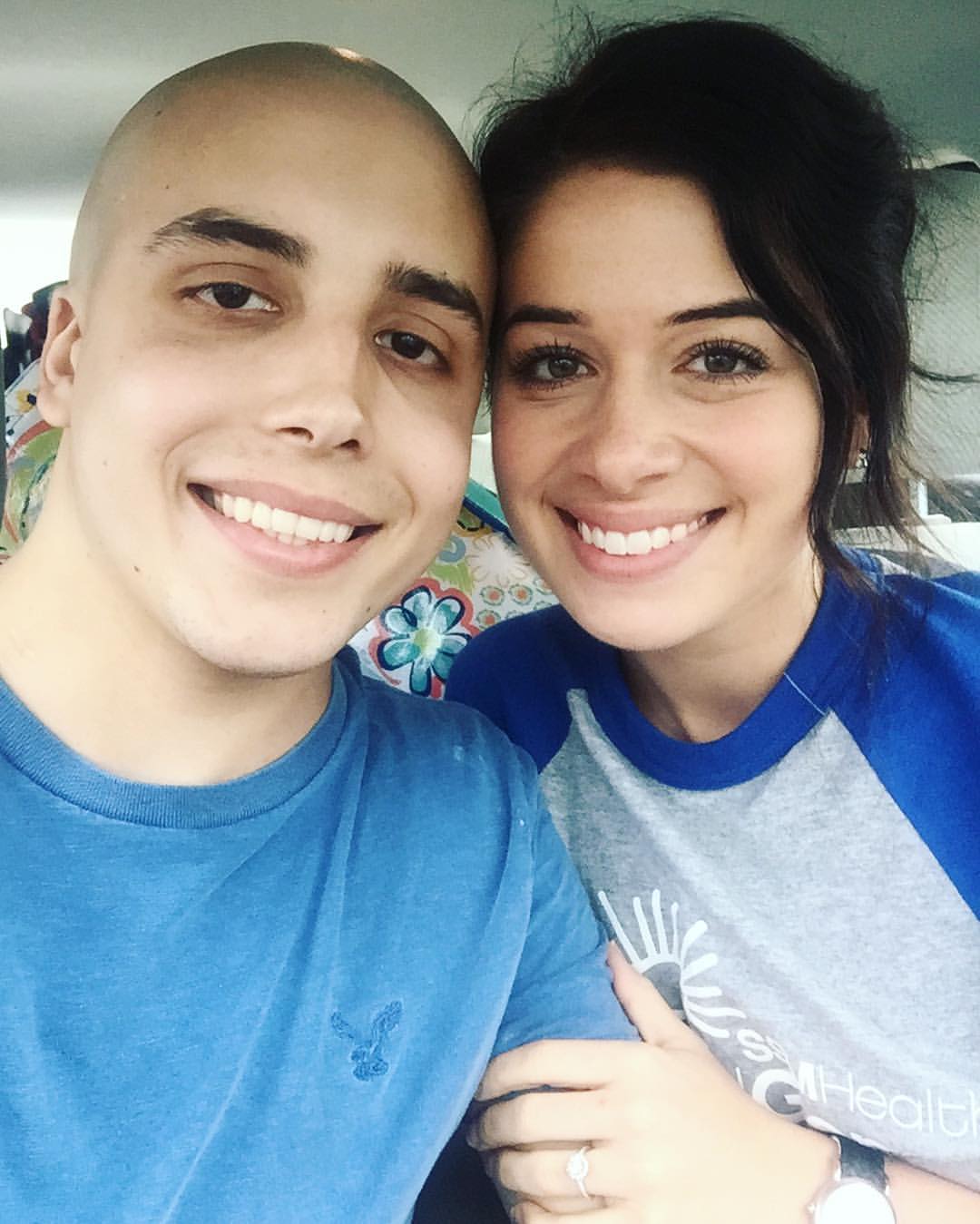 Joey Renick and his fiancée Caylee 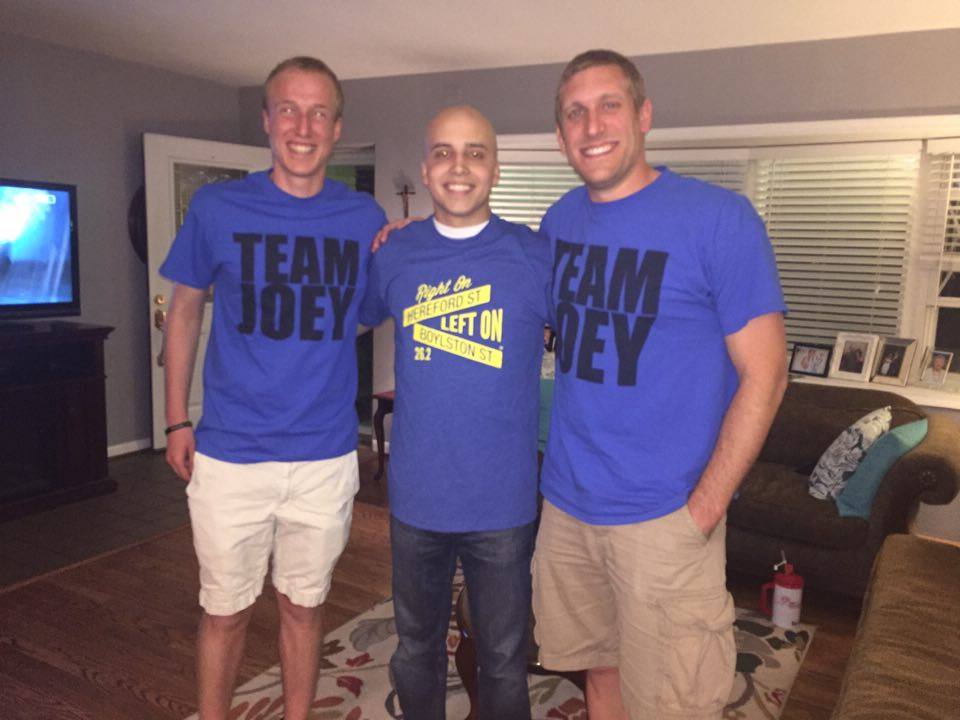 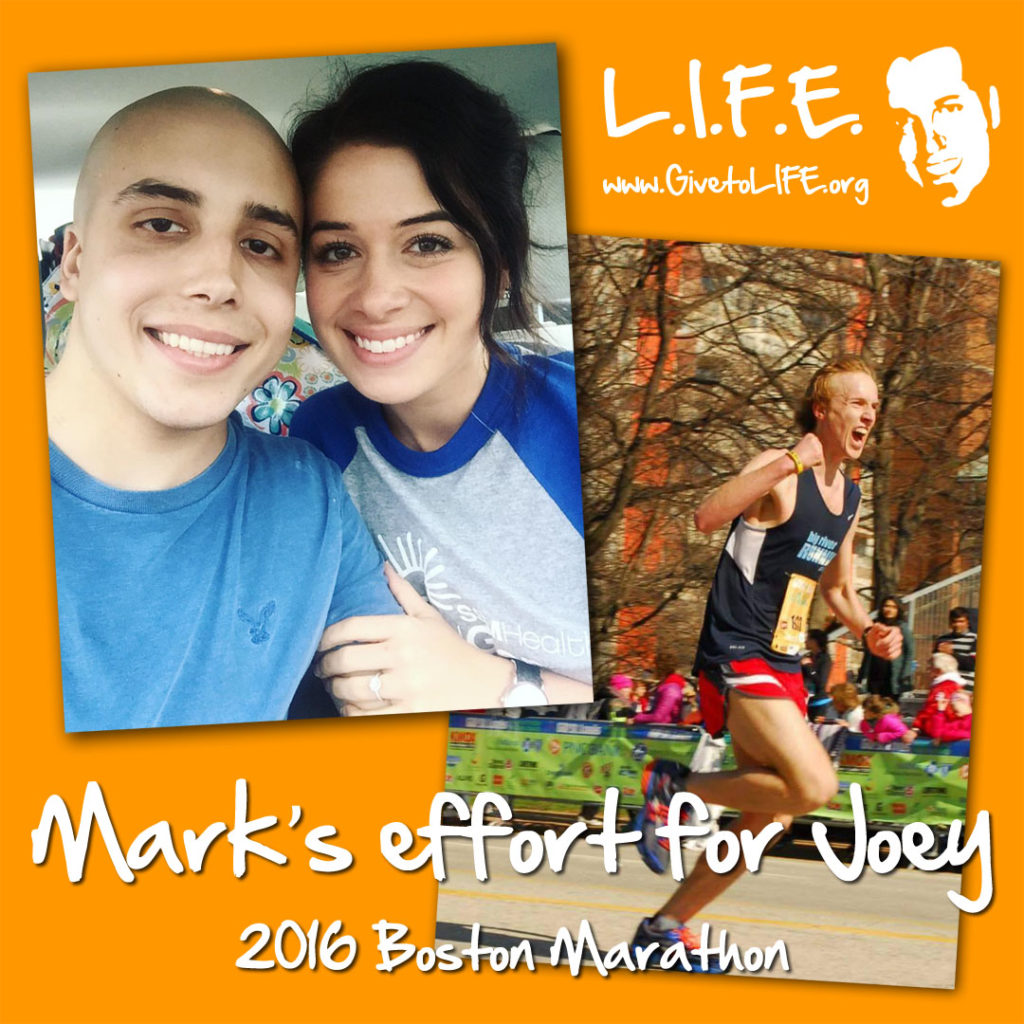