The past few weeks have been quite strenuous as you probably have read from Cari’s blogs. We’ve been in and out of the hospital for a number of different reasons, the latest being the fungal infection and pneumonia in my right lung. I’m still taking medications to try to get rid of the severe infection that resides there. If it doesn’t clear up by next week, they will be surgically removing the entire lobe of that lung where the infection is. The fact of the matter is that the section of my lung is now necrotic. Any further chemotherapy is highly unwise and would be foolish to do, because it would kill off my immune system. The lack of a functioning immune system would allow the fungal infection to run rampant. It wouldn’t be too long from there that the infection would do me in.

At the end of March, I went through a very aggressive chemo regimen to try to tackle the leukemia which was growing rapidly in my bone marrow. Simultaneously, my brain cancer had started to really kick off. On Wednesday this week, I had a bone marrow biopsy to see how effective or ineffective the chemo was on my bone marrow. The last time we checked my bone marrow, the sample they took was at 20%. With leukemia, it’s not an exact science of how much cancer you have from a single sample…meaning that if they had taken a sample an inch to the left or right, it could have been as high as 80%. It’s really only a way to determine if you do or do not have cancer at levels high enough needing chemotherapy. Also on Wednesday, they did a lumbar puncture to my spine where they both extract cerebrospinal fluid to test for cancer and replace that fluid with chemotherapy.

Well, today I got the results from both of those tests. The brain cancer came back completely clean. This is the second clean test result I have had in a row. I need one more clean test result to make my oncologists feel comfortable enough to cease treatment to my brain. This entire time my wife and I have been concerned about how my bone marrow has been doing, so I was extremely nervous to hear what he had to say about the bone marrow biopsy results. After all, I have had similar chemotherapy regimens in the past where the amount of cancer actually grew rather than died over the duration of the treatment. However, this wasn’t the case this time! He was happy to tell me that the levels of leukemia detected were down to 2.5%! The chemotherapy worked about as well as it could have, essentially buying me some more time here with all of you. I’d be long gone by now had I elected to not continue treatment back when my doctors and I had the “quality vs. quantity” of life discussion. There’s no real telling how much more time this gets me, but it’ll work for now. My next appointment is next week. I’ve got plenty of questions about what we do next and some ideas of my own. I’m still very much so terminal, primarily because the transplant failed. While the transplanted bone marrow/immune system may be killing off some of the leukemia, the fact remains that the cancer grows faster than it is being killed.

I really don’t know how much time I have left on this planet and to be honest, none of you really do either. What I do know is that I am going to live each and every day like it’s my very last day and appreciate each and every moment I have with my friends and family. It’s all too often that I hear people complain or whine about the dumbest of things, and that’s about the time I “unsubscribe” from them on Facebook. I don’t remove them as my friend or block them because I still have hope that they get the message that I am trying to convey via some of my blogs…the message that we all need to quit taking everything for granted and to be grateful for all of the things we have. Instead of removing them, I “unsubscribe” from them – meaning that I don’t see any more of their own updates.

It’s so nice to be able to kiss my wife before she goes to work and give her a huge hug when she gets home. Cooking dinner, doing the dishes, washing the laundry…these are all things I take great pleasure in doing.  Have a wonderful Mother’s Day to all of you moms out there, especially my mother, Mary, and my mother-in-law, Karin!  You moms don’t get the credit you deserve for everything you do and have done for your children.  To those moms out there who don’t, I only hope and pray that you realize what you’re doing and turn things around…that goes for the fathers as well.  Thank you everyone out there for all of your continued support. 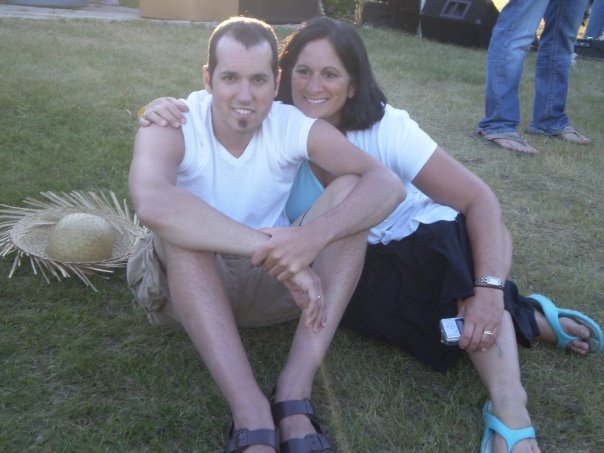