I want to start off tonight by thanking all of the people who made the benefit this weekend possible.  There were a lot of people who volunteered their time to help organize the event and make it a really awesome day.  Also a huge thank you to all of the individuals, businesses, and organizations out there who donated all kinds of items and gift certificates for people to raffle or bid on in the silent auction.  Without all of your help, none of this would have been possible. Thank you from the bottom of my heart.

The benefit itself was absolutely incredible.  I had little to no visibility into any of the planning of the benefit,.  It wasn’t until I walked in the door of the Lighthouse Inn in Two Rivers that I truly began to grasp the amount of support that I have gotten.  As I walked into the room and saw all of the people at work setting up and all of the items around the room, I nearly broke down in tears.  I cannot begin to describe how grateful I am for everything everyone has done for me and my family.  As the event began, I spent pretty much all day long talking to a lot of different people.  I thoroughly enjoyed each and every one of the conversations I had and only wish I had more time in the day to speak with everyone in attendance. 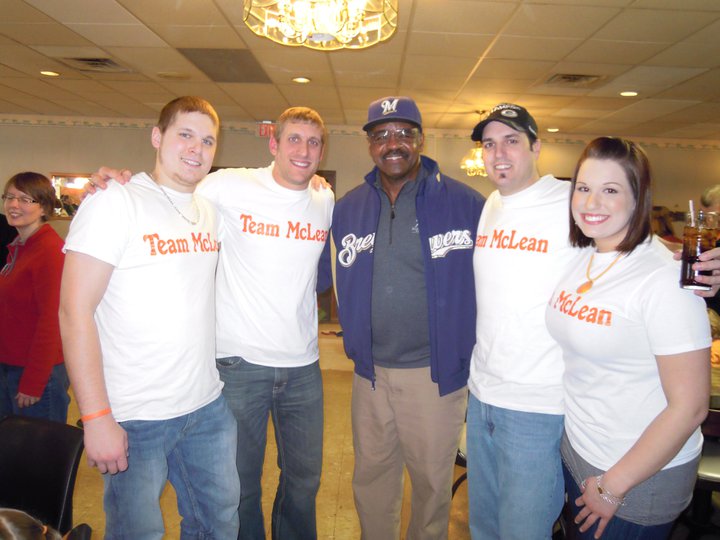 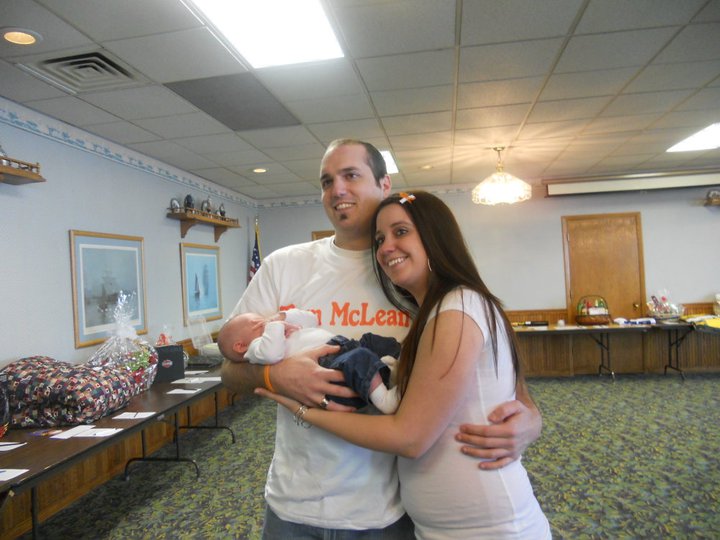 A lot of people have been asking for updates on how things are going.  I gave a short unprepared speech at the benefit which ran over my latest medical update.  I’ll do my best to elaborate a bit more here and now.

Last Monday I had a bone marrow biopsy.  The biopsy was done to determine how fast the cancer was growing and how much of it was present in my body so that my oncologists could determine how much chemotherapy to give me on Friday.  On Friday, I went to the hospital to start treatment.   The treatment was going to consist of two drugs.  One of them was a new drug that I haven’t tried yet called Azacitadine.  The second chemotherapy, which is the one that I took in 2009, is called Mylotarg.  In June of last year, Mylotarg was taken off of the market at the demand of the FDA.  This posed a serious issue for me if I were to ever relapse.  Even last year we were discussing what options I would have if I were to ever relapse again.  Mylotarg was the critical component chemotherapy which put me back into remission in 2009.   Pfizer Pharamceutical writes, “(Mylotarg) was stopped early when no improvement in clinical benefit was observed, and after a greater number of deaths occurred in the group of patients who received Mylotarg compared with those receiving chemotherapy alone.”  Futhermore, “Mylotarg was associated with a serious liver condition called veno-occlusive disease, which can be fatal. This rate has increased in the postmarket setting.”  It was very apparent that Mylotarg was pretty harmful to a large majority of the patients who received the drug.  However, it did work with me.  Given that my cancer has become nearly immune to some of the most toxic standard chemotherapies on the market that are used for Acute Myelogenous Leukemia, the oncology team made a strong effort to get the drug approved for my use again this week.  There was a large amount of work done with the FDA and the hospital review board to approve the use of Mylotarg.  Given that, six weeks ago I was given a large amount of my sister’s T-cells in an effort to try to prevent the cancer from growing too quickly.  AML is widely known for its tendency to grow at an alarming rate and do it’s damage in a relatively very short period of time.  The process to get the chemo that I needed wasn’t going to happen overnight.  We needed to buy some time…hence the DLI (my sister’s cells).

As I was saying before, we did the bone marrow biopsy to figure out where I was at.  I went to the hospital to get the Azacitadine and Mylotarg.  Upon arrival, I got all kinds of blood work done and then headed over to the cancer unit to get ready for the big day.  I sat down with one of the physician assistants and was informed that the preliminary biopsy results looked good!  The first biopsy I had in January determined that I had 1% blasts in my bone marrow.  Blasts are cancer and are bad.  The results at that time also broke down the percent cells that were Eric and the percent cells that were Lindsey (my sister donor).  I was sitting at 5% Eric and 95% Lindsey.  Whenever there are Eric cells present in my bone marrow, that is a pretty good indication that there are or will be cancer cells.  Eric cells like to make cancer cells.  Every time that I get a biopsy, we are looking for 0% blasts and 100% Lindsey cells.  In January, I was at 1% blasts and 95% Lindsey cells.  I keep running off on small tangents, so I apologize.  I’m just trying to detail the full picture to help everyone understand all of the particulars.  Anyway, the doctor read off the preliminary results from last week’s bone marrow biopsy.  I was sitting at less than 1% blasts.  The tests hadn’t been completed yet to determine how much Eric cells there are there versus Lindsey cells.  My team of doctors ultimately decided to postpone the chemotherapy regimen.  The chemotherapies that I would be getting would have a small positive effect on the blast count and a very large negative effect on the good and healthy donated Lindsey T-cells (DLI) that I received in January.  Being that Lindsey’s T-cells appear to be working, they definitely did not want to continue with a chemo regimen that would kill all of the healthy cells in my body.   My doctor told me that while some doctor’s might still procede with chemo, the decision was made to go with another round of DLI, which will happen this week on Wednesday.

When she gave me that news, I was overcome with emotion.   Here I was fully expecting to be receiving some pretty damn toxic stuff, and now it appers as if Lindsey’s cells are doing a good job!  Hence we are going to be doing it again.  The theory behind the DLI, as I have explained in previous journals, is to eradicate the cancer blasts along with any Eric cells that are floating around.   Not a single person expected the DLI to have this kind of effect on my bone marrow.  Afterall, it was only done to buy some time to get the paper pushing completed for the Mylotarg approval from the FDA.  The results of the biopsy could have easily come back with much worse results with a very large increase in the percentage of cancerous blasts.  I was expecting somewhere between 5-10% blasts.

So what does this all mean?  Well, at the moment it means that I won’t be getting the Mylotarg! …at least not yet.   Like I said, we are doing more DLI this week and will be doing another bone marrow biopsy in 6-8 weeks.  We will continue to monitor all of my counts very closely to make sure it doesn’t flare up.  In the background of all of this, I still have a very painful hip which very badly needs a total hip replacement.  That surgery, which was originally scheduled back in January, has to be postponed until we know for sure that I am relatively safe from an all-out leukemia blitzkrieg.  The reprocussions would be immense if I was receiving care for both leukemia and the hip replacement in parallel.  In the meantime, I have to be very very careful not to slip on any ice.  My hip would snap like a twig.

With that, I wanted to once again thank all of you out there who have been praying for me!  Every time I go through this, your prayers are clearly being answered.  The past 7-8 years of my life have been, by far, the most difficult.  Even so, those same years have been the best years of my life.  Through it all, I have shared nearly every detail with all of you to not only help me cope with a lot of the pain that I have endured, but to help all of you understand, if even a little bit, what cancer patients all around the world are going through.   I think it is pretty safe to say that everyone reading this knows someone out there, besides myself, who is fighting, fought, or lost their bout with this terrible disease.   I said that the past 7-8 years have been the best years of my life.  Some of you might feel somewhat confused or boggled that I would ever make such a statement.  The reason that these years have been the best is that I think that I might have had a somewhat positive impact on your lives and perhaps your understanding of what cancer is and what it can do, to both those of us that it has personally attacked and those of us who know someone who is going through it.   I spoke with a gentleman at the benefit who came up to me and talked to me for some time, thanking me for sharing my thoughts, feelings, and experiences with all of you on this website.  It isn’t all that often that I receive any feedback like that about these journals specifically.   Honestly, sometimes I sit here and ponder at my computer how many people actually read this stuff.  Hearing that from him really gave me an awesome sense of gratification.

Thank you all once again and I will do my very best to keep everyone updated as the coming weeks and months progress.  I’m not out of this fourth bout quite yet…not by any means.  For now, the news is good, and good news seems to always be difficult to come by in my life.