D’Ann Buck, a 22 year old college student recently broke her back due to a cancerous tumor. On January 7, 2012, a spinal fusion surgery using 2 titanium rods and 8 screws was performed. On January 16, 2012, D’Ann was diagnosed with Multiple Myeloma Cancer (Blood Cancer) which is very rare in a young adult. Putting her life on hold to fight this cancer, she has started radiation treatments, then will need chemotherapy along with a bone marrow transplant or stem cell treatment.  This has been a devastating time for her and her family after losing their sole income to a barn fire in November.

On Saturday May 12th, a benefit was held for her involving a 5k run/walk that kicked off at 8:00am.  Mike and Megan McLean drove through the night to be there and run where they met up with fellow teammate Brian Schley as well.  Mike and Brian took 3rd and 4th place, and Megan finished 1st among the pregnant women division.  🙂

Later that afternoon, Eric, Mike, Lindsey, Mary, Cari, and Megan McLean all attended the rest of the D’Ann Buck Benefit in Newton, WI where they met with her and gave her a large sum of fundraised money to help them with their cancer related medical expenses!  The rest of the benefit involved a volleyball tournament, a kickball tournament, a silent auction, live band, children’s games, concession stands, and more.  There were so many people there, literally hundreds upon hundreds of cars in the parking lot.  The support that community showed that day was incredible.  Go D’Ann go! 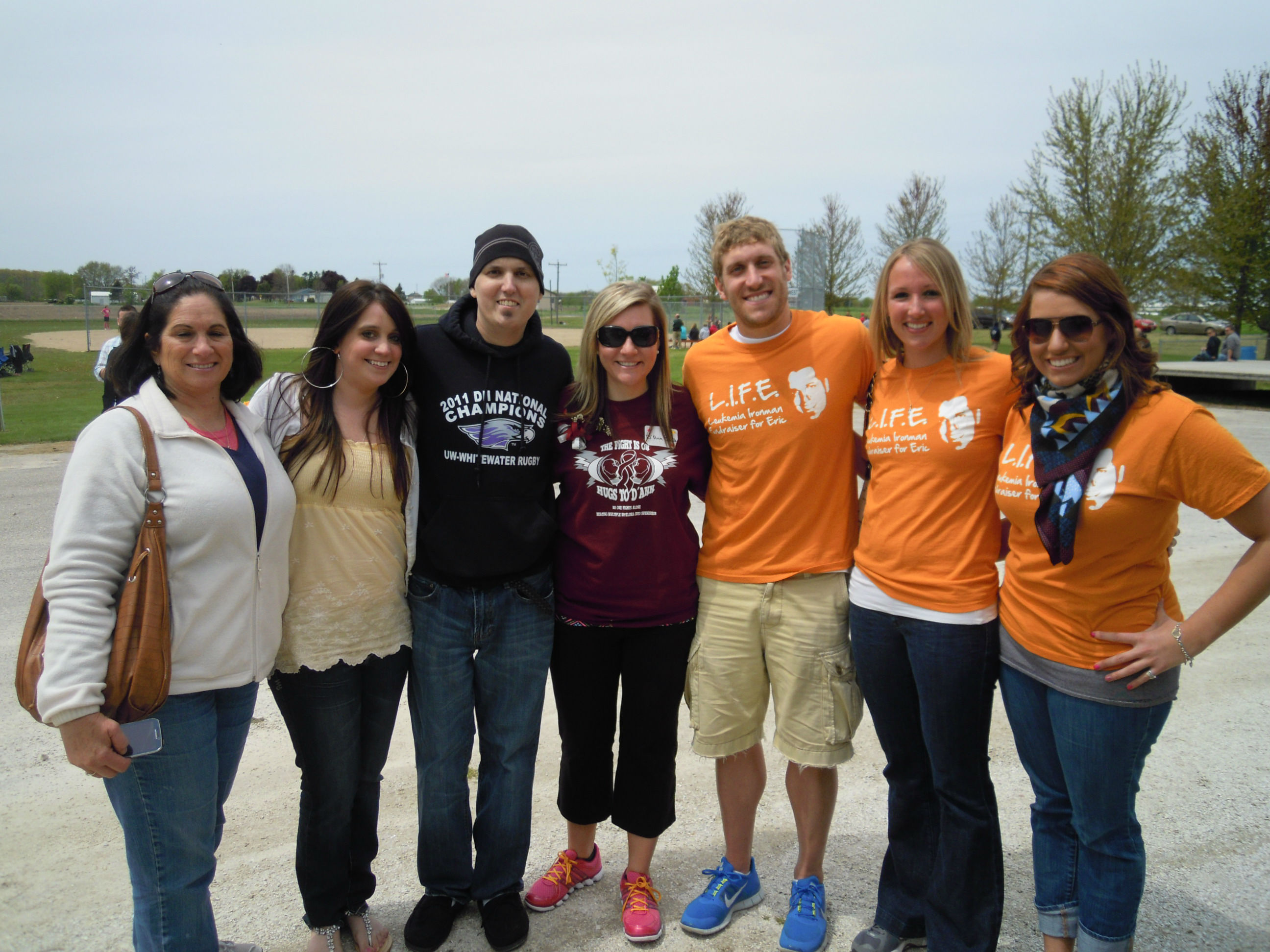 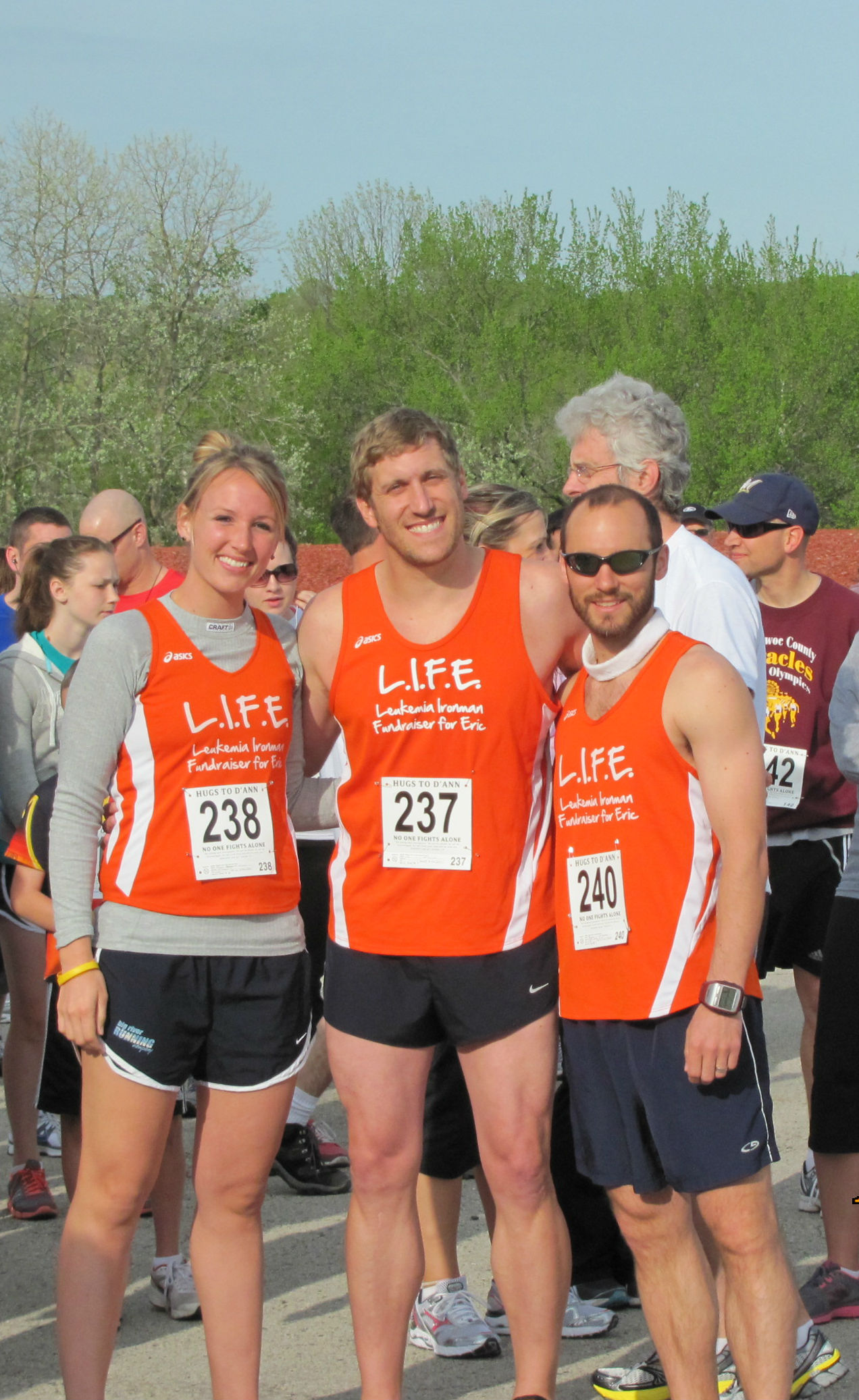 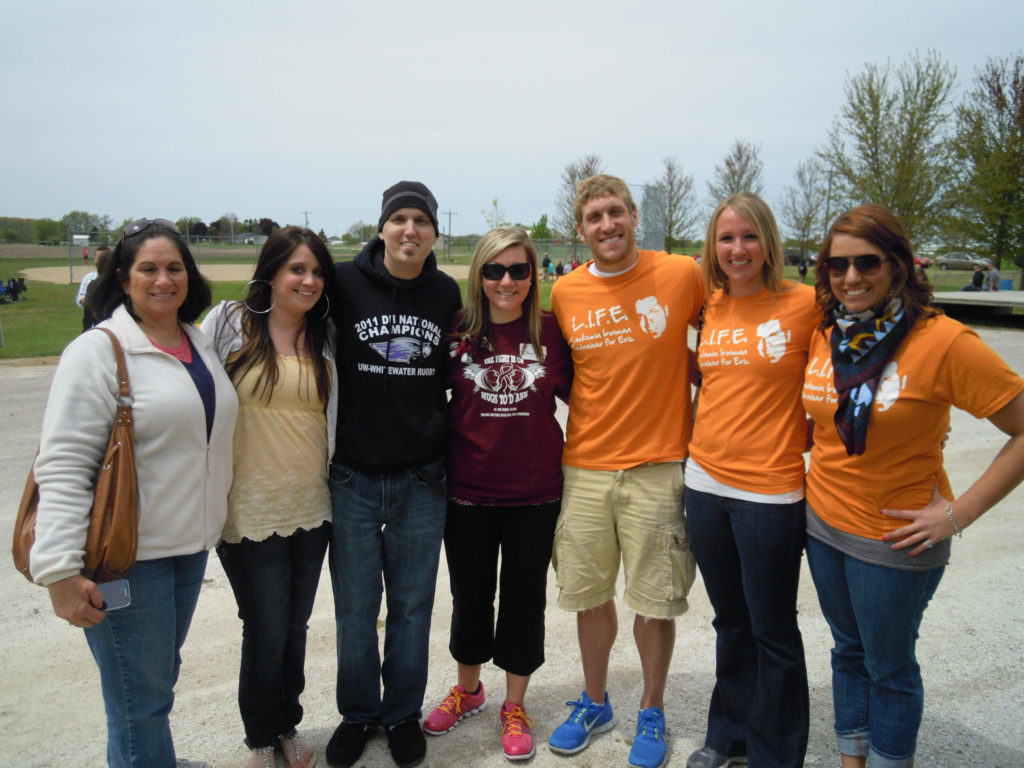