I was just informed by one of Eric’s amazing nurses that he is out of his bronchoscopy.  Most of you   didn’t know he was even having this, but we learned last night he would.  We’re still not 100% sure what the infection in his body is. ( I know, I’ve been telling you we’ll get more answers tomorrow.)  The hope is that the bronchoscopy can answer stuff for us.  The SECOND they tell us what exactly is brewing in Eric’s system, I will get my butt on the computer and update the blog!

Eric wasn’t too happy yesterday knowing that he was getting this.  I tried looking for the blog he wrote the last time he got this, and I can’t seem to find it.  Let’s just say, he didn’t get enough sedation and remembers the whole thing.  He was scared to get it last night just based off of that alone.   Like I said, his nurse just came in and told me he slept through the whole thing, and doesn’t remember any of it like last time.  This is  a good thing.  The team who did it would have heard from a very not happy Cari if the case was different.

For those who haven’t really seen him or talked to him the past couple of days, it’s just because he wants to sleep.  A LOT.  He’s tired, he’s getting every antibiotic under the sun, and is just having a tough time completely feeling better.  It seems that every time we get closer to an answer, something else makes us wonder.    He’s been getting oxygen at night when he sleeps, and is constantly hooked up to a heart monitor to check his heart rate.  He hits a patch in the afternoon where he wakes up, cracks some jokes, flirts with the nurses, and picks on me a little too.  He didn’t do that the first couple days he was here, so that’s my sign that things are getting better.

Yesterday, his dad Brian came down.  That man is  a saint.  He’s been stopping at my house to grab me things my sister and my mom have put together that I need, and he always hides a diet mountain dew in there.  He says that it’s his “Ticket to get in the room.”   For those of you that don’t know me.  Diet Mt. Dew is my addiction.  I wake up in the morning, and that’s the first thing I grab.  Mary, Lindsey, Ava, My dad, Larry Hisle, and our friends Jason and Nathan have stopped in for some distractions.  Yesterday one of my dancers came down with a quilt her mom and her had made.  It’s pretty cool.  They took a L.I.F.E shirt and added some touches of pink, (and sparkles) to it and it brightened our day. (Pink and Orange were our wedding colors.)  They also took me out to eat which was nice.

I’ve had a lot of people ask if there’s anything they can do for me.  I appreciate everyone’s concern for me in all of this, but I would honestly rather everyone focus their energy and prayers on getting Eric better.  I’m OK.  I’ve been sleeping here every night, and going to a friend’s to shower at least every other day. (The nurses promised me they’d tell me if I stink.)  His family has been cool about coming down for a couple hours at a time so I can get my shower in.   Truth is, when I’m not at the hospital helping Eric, I’m just somewhere else worrying.  I would rather be here, in this hospital, than anywhere else.

It sounds like tomorrow Steve, his younger brother will be in to hang with him and get some one on one with his brother, and Mike and Megan are coming Monday morning for a bit from Saint Louis, so that will be nice for Eric.  Lindsey came down one day, and honestly spent a lot of the time in the lounge doing puzzles because Eric just wants to rest.  It is comforting to know so many people care, and are stopping by to show support. Mary and My parents have both offered to just sop, hang out in the lounge, and be there in case I just needed a 5 minute pick me up.   Everyone has been so amazing.  It’s almost hard for me to wrap my head around how AWESOME everyone is.  It’s overwhelming, but a GREAT overwhelming. They say you can tell who your real friends are in situations like this, and I’d say Eric and I, have one huge amazing group of friends.  I saw that he had posted that his spirits were low one day, and over 50 people commented to say, “Hang in there!!” and other encouraging things.   It’s truly amazing how awesome you all are out there.

I never in a million years thought I’d be coming back from Paradise Jamaica, and checking into what I’ve been referring to as “Hotel Froedtert.”  Eric and I both have shed our tears,  but honestly, our spirits are up, we’re moving in the right direction, and if Eric starts to get down, I will always be there as his Back up Battery.   We both said, “For better, or worse, and in sickness and health.”  Pretty soon, we’ll get to that “health” part.  Eric’s back from his test, so I’m going to sign off now.   Thanks again EVERYBODY for their thoughts, prayers, and positive energy! 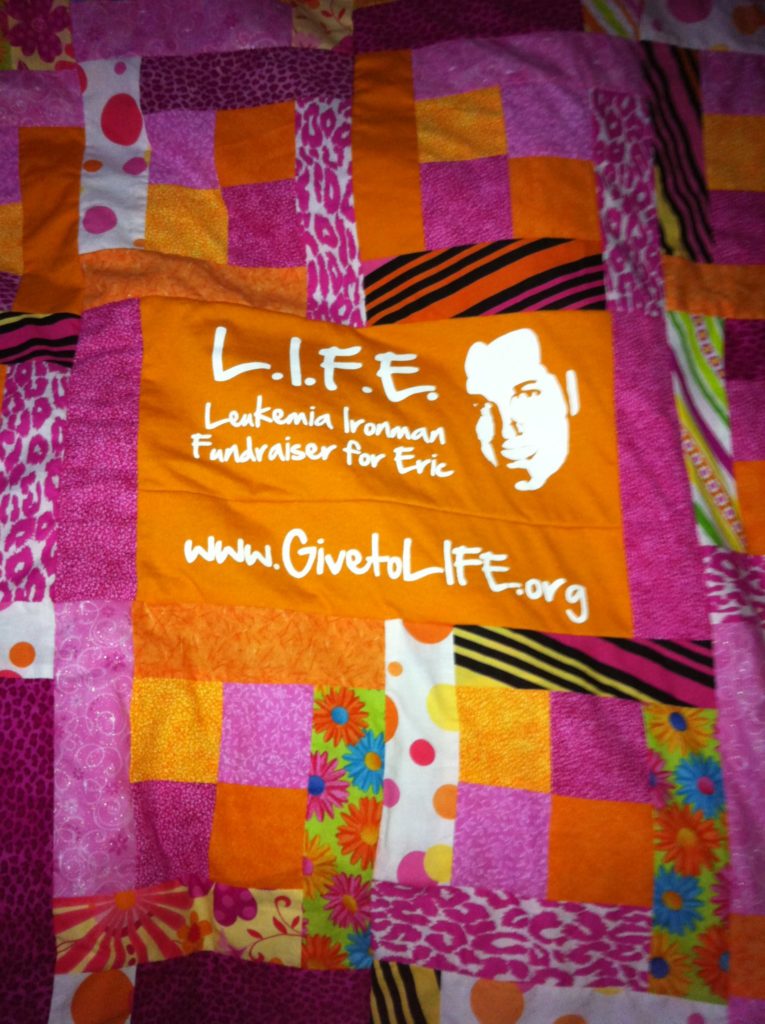