So where do I even begin with this one?!  Awhile ago I was contacted by Stacy Jahn, a woman who works with the Co-Founder and President of Elite Sports and Public Relations, Stacy Jenson.   Elite Sports and Public Relations is the company that works with a large number of the Green Bay Packer players handling their sports marketing events and charitable contributions.  They are a wonderful company that does a lot of good for the community.  Stacy contacted me at first because she had heard about my story prior to the benefit that we had earlier this year.  It was at that time that Elite Sports generously donated some pretty awesome Packer memorabilia for the benefit.  Thank you again so much for the donations!  Stacy contacted me again just a couple of months ago and said that there was a possibility that she might be able to assist me with fulfilling one of my lifelong dreams of meeting the Green Bay Packers.  This is something that has been on my bucket list since I was very young.  I’ve been to games and seen them on TV plenty, but never ever met any of them in person.  When I heard this, I was ecstatic.  I couldn’t believe what I was hearing.  About a month ago, the official invite to the Greg Jennings 4th Annual Celebrity Golf Tournament came in the mail…here was my opportunity!

The excitement over the past few weeks had been growing and growing.  I almost couldn’t bear to wait any longer.  Finally the day had come!

June 10th, 2011
Cari and I packed up my car with some lawn chairs, umbrellas, and some bottles of water for the day.  The plan was to meet up with Stacy and her friend Laura, drive into the Merril Hills Country Club in Waukesha, and find a good place somewhere near the clubhouse to watch the players golf a round of 18 holes.  After we parked, we walked a ways up to the clubhouse where the girls would unpack some of their things in the ladies’ locker room.  As we were walking up to the building, a bus arrived.  Within a minute I was already looking Nick Collins and Tramon Williams getting off of the bus and walking inside to prepare.   It was at that very moment that I realized that this really was happening….like being pinched in the arm after you’ve been staring for too long.

We found an excellent spot at the 10th and 13th teebox area.  Here we would be able to catch each player twice and it was right next to the clubhouse.  We couldn’t go wrong.  After we had set up our lawns chairs, we made our way over the the Hole 1 teebox where the opening ceremonies were taking place.  On our way over there, we had to walk past the practice green, and that is where we got our first glimpse of Aaron!

Pretty soon after that Greg Jennings kicked everything off at the opening ceremony.  It wasn’t until that moment when I was finally able to pick out all of the players that I could identify in the group of Packers that were standing there.

I also noticed Larry Fitzgerald from the Cardinals, Ruvell Martin from the Seahawks (ex Packer), and Tommie Harris from the Bears…oh and Johnny Knox from the Bears.

After the opening ceremony we made our way back to our lawn chairs and began watching the players play.  Keep in mind, we were pretty much the only people on the entire golf course besides people playing golf and all of the people supporting the event itself.  This was a really exclusive opportunity for me and Cari and one that I will never ever forget.  I will forever be thankful for the invite from IEWC and Elite Sports…you guys are awesome!

Below are some of the pictures I was able to get with some of the players in attendance.  As each player came by we did our best to get a photo with them.  They were all incredibly nice guys.We had an absolutely amazing time and got to talk and dance with a lot of the players at the after party.  Jermichael and his wife, Courtney, pictured below, are some of the nicest people we’ve met.  They were totally cool and talked with us on and off throughout the night.  Overall, Friday will go down as one of the best days in my life and one that I will never forget.After the tournament was over, the four of us changed into different clothes for the after party that we were also invited to attend.  The after party consisted of silent auction of Packer autographed memorabilia inside of the clubhouse, a dinner with all of the Packers, a live auction with incredible Green Bay Packer packages, and live music and dancing afterwards.

With that, I would like to extend a deep thanks again to Stacy Jenson of Elite Sports and Stacy Jahn of IEWC for this incredible opportunity…you made my dream come true! 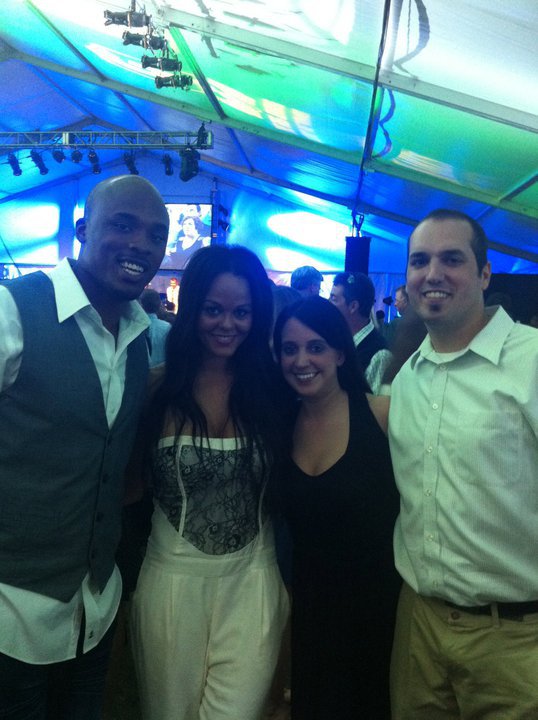 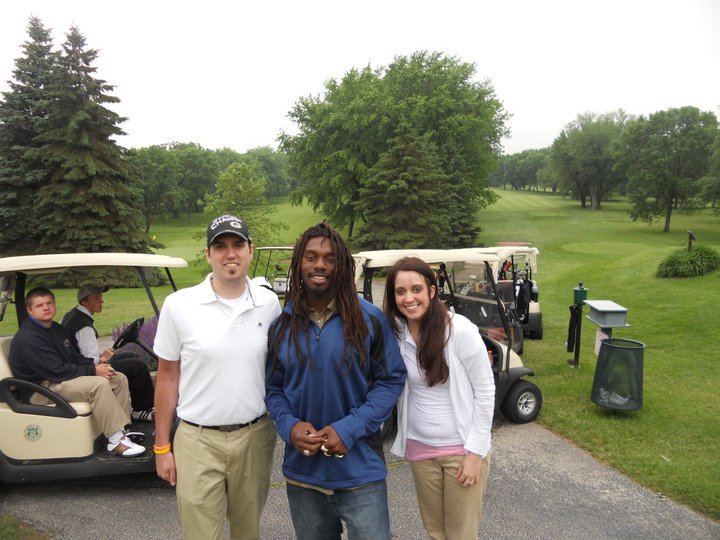 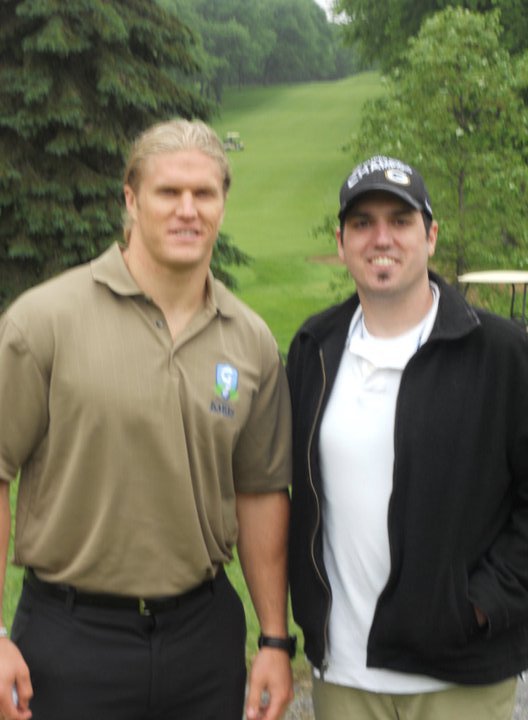 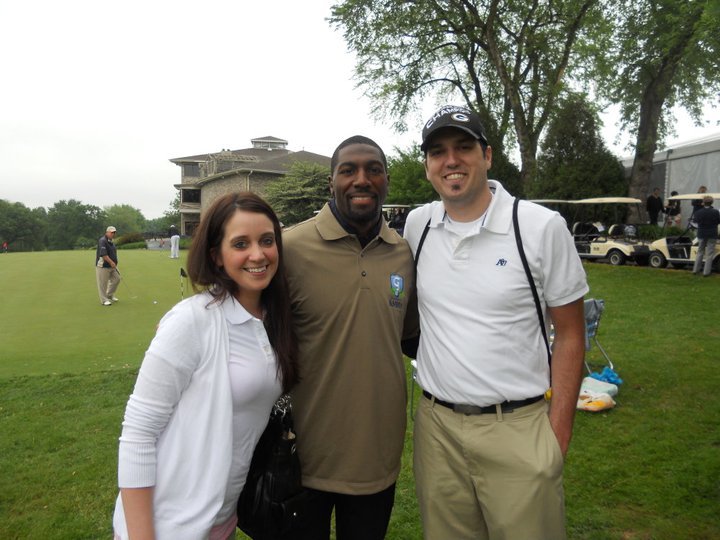 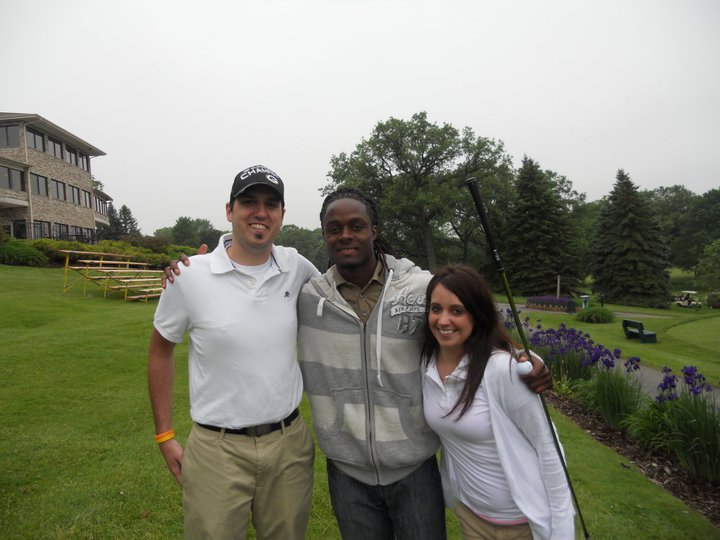 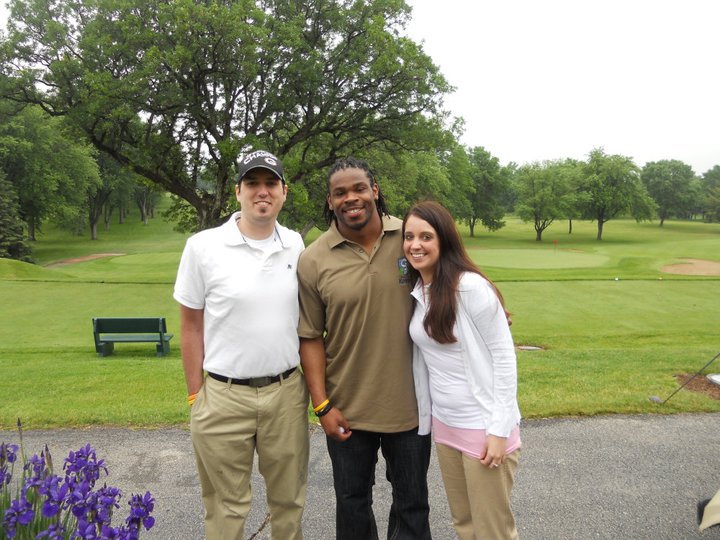 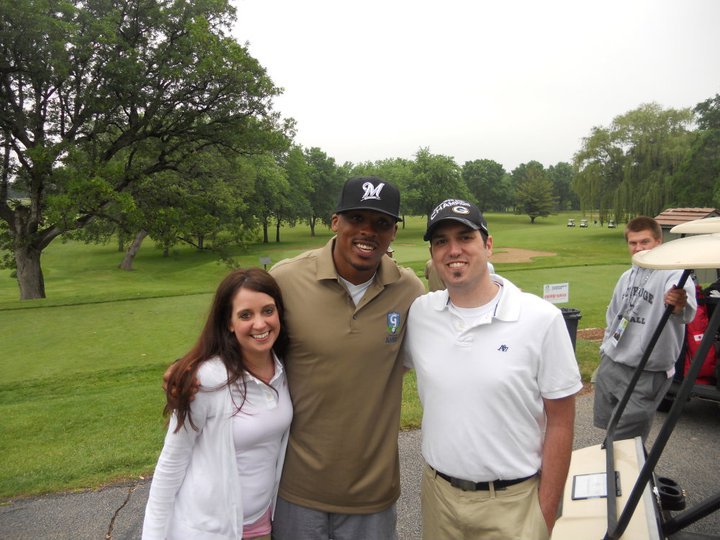 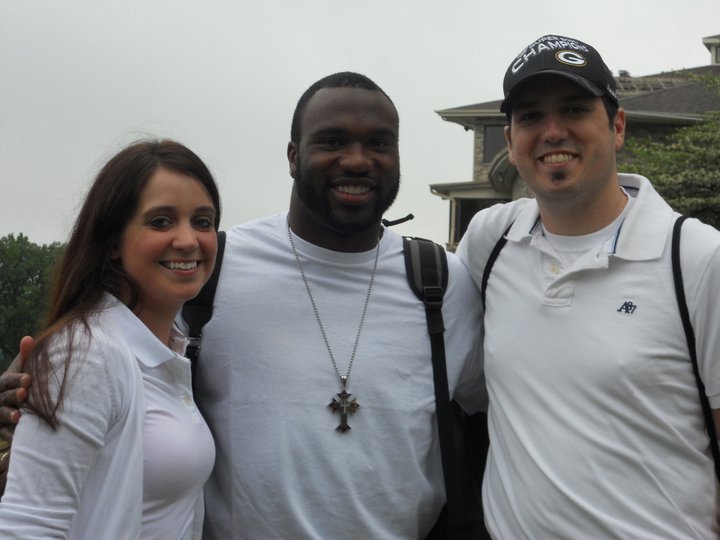 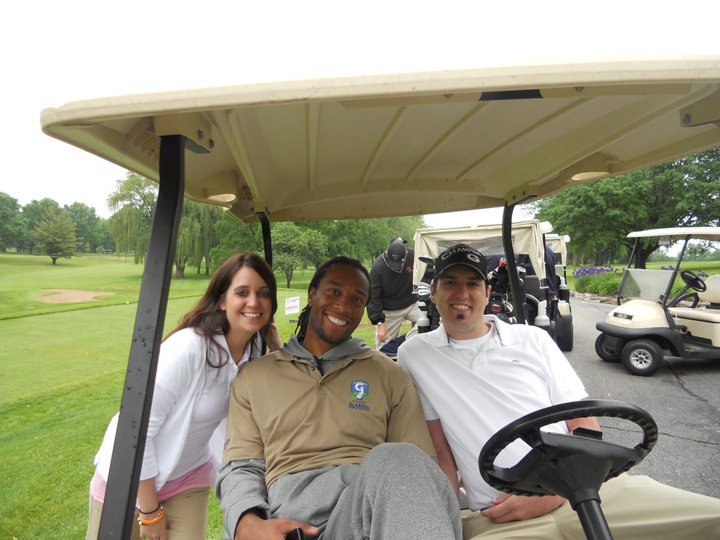 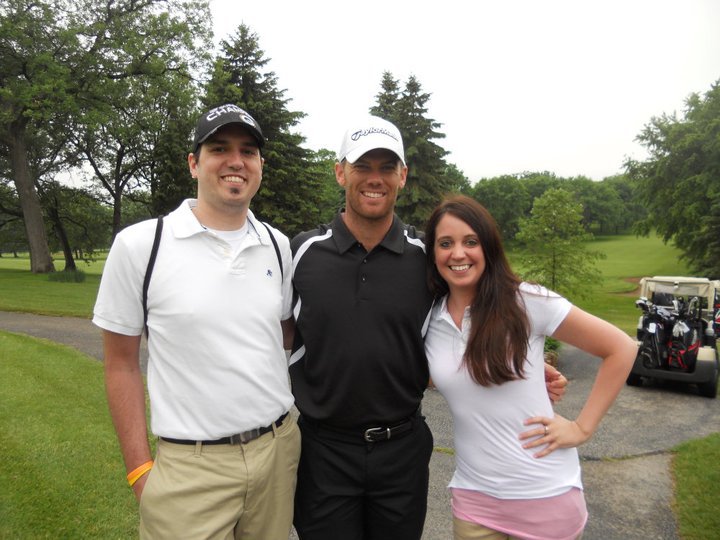 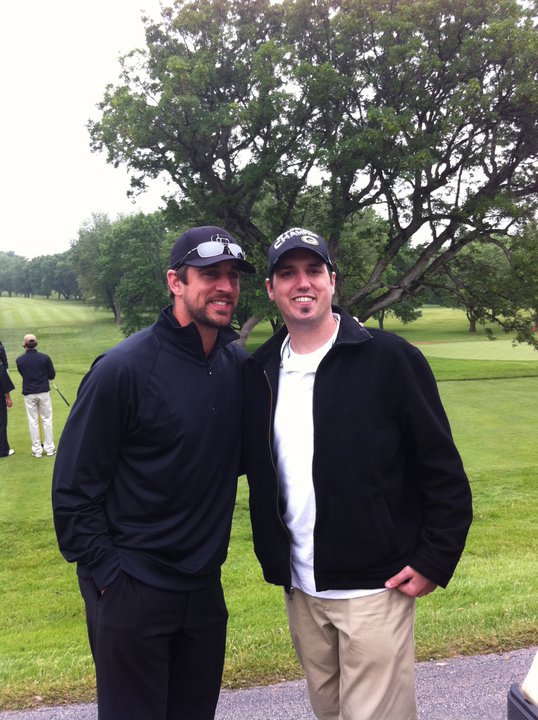 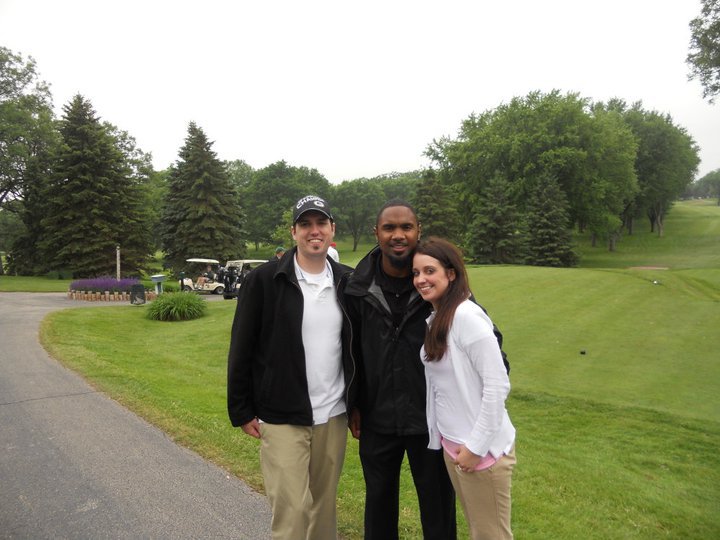 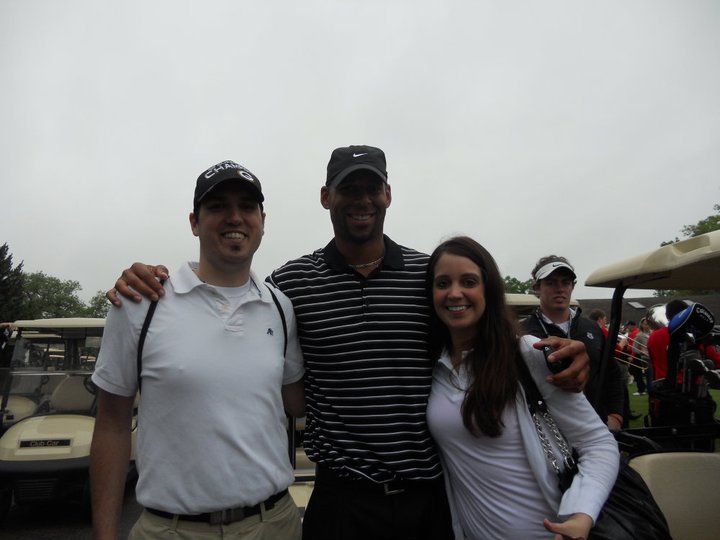 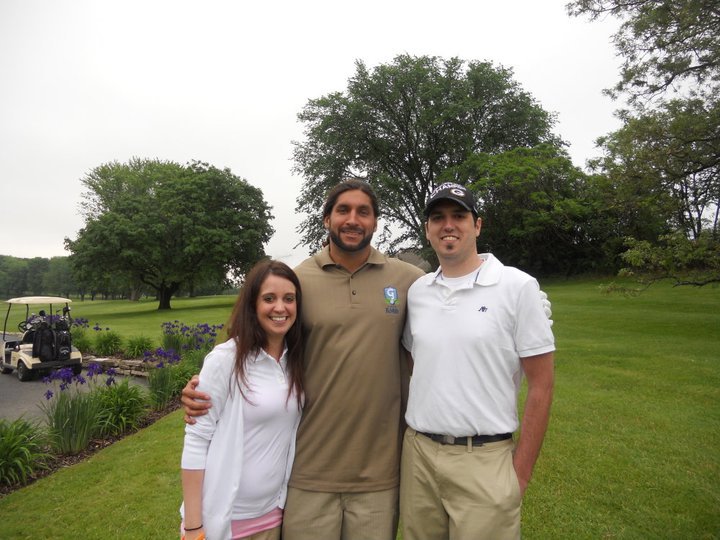 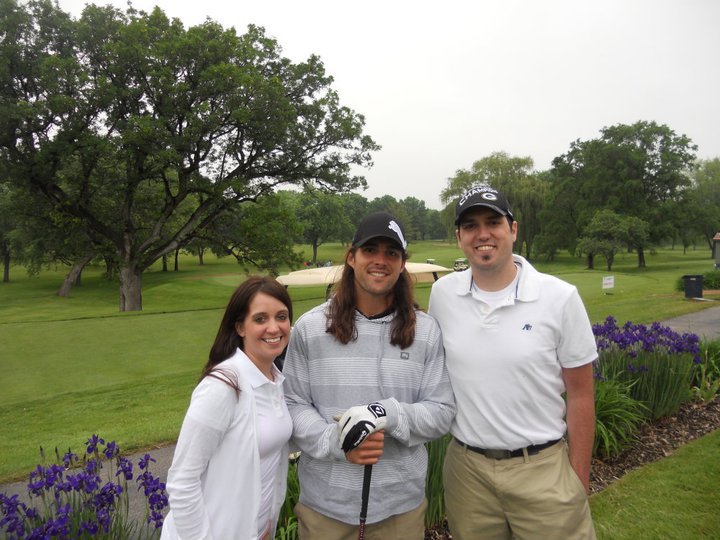 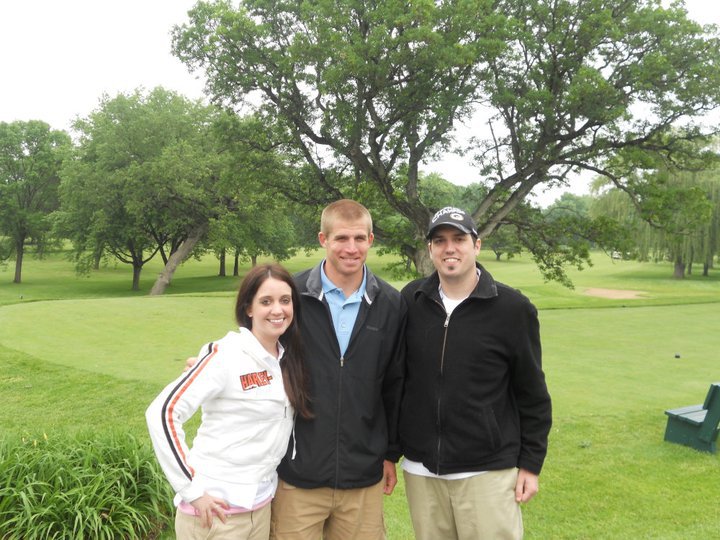 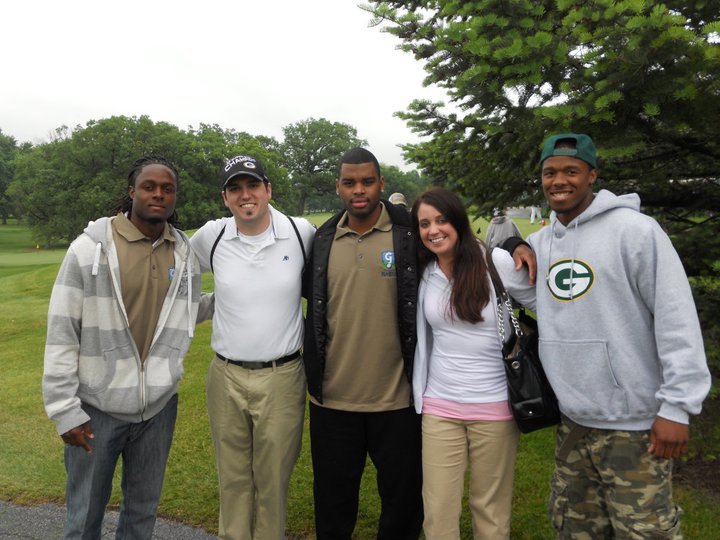 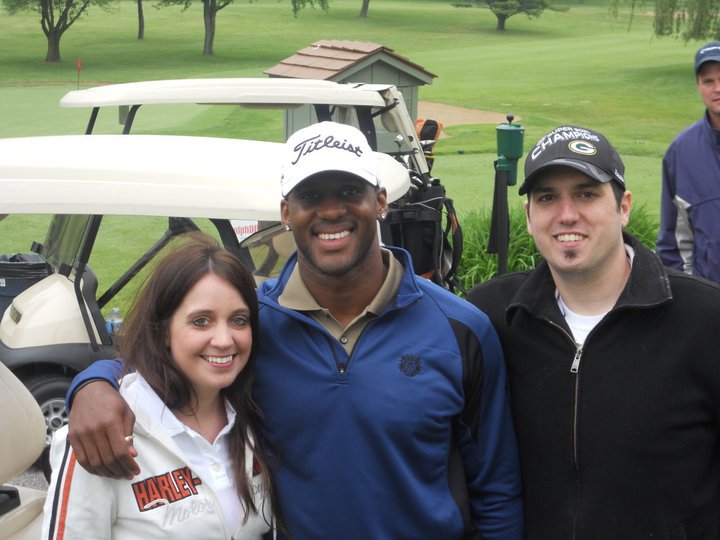 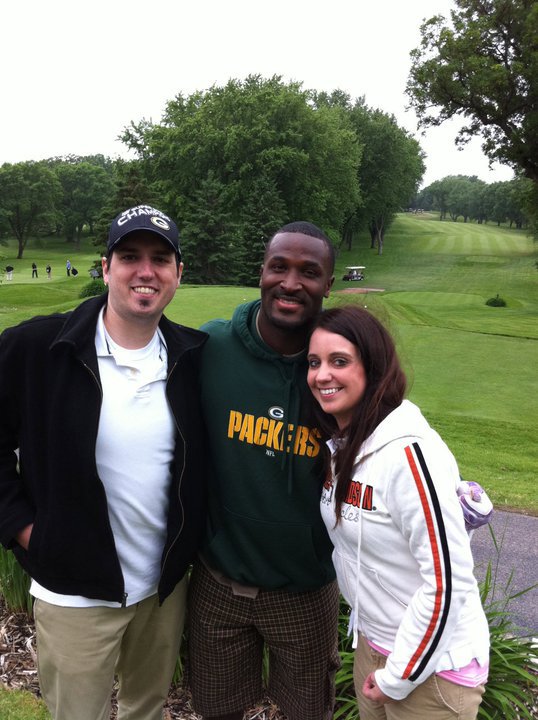 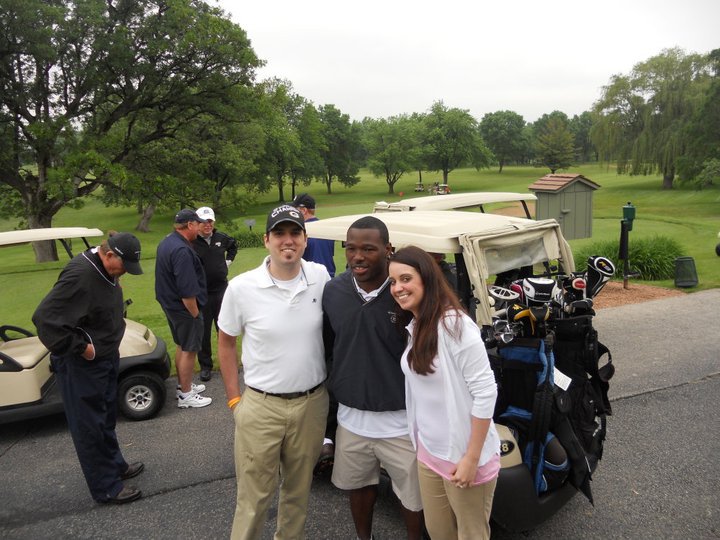 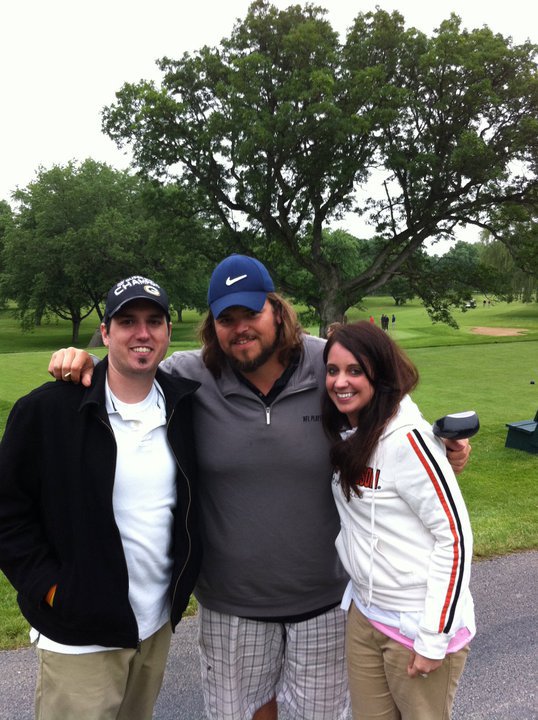 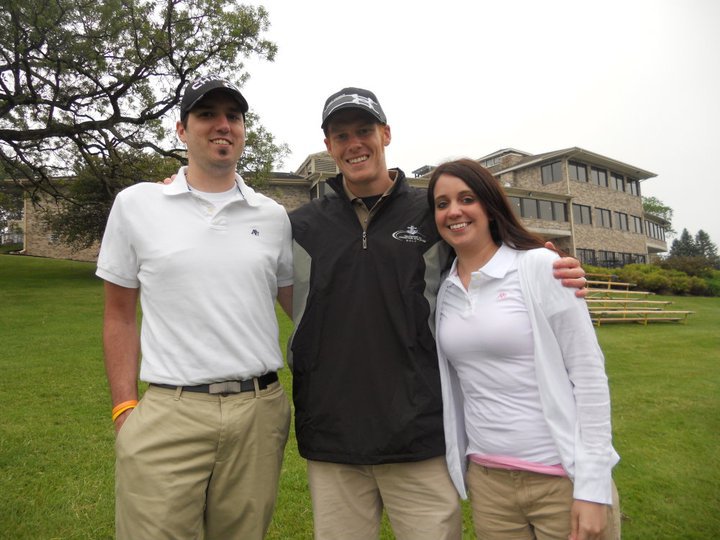 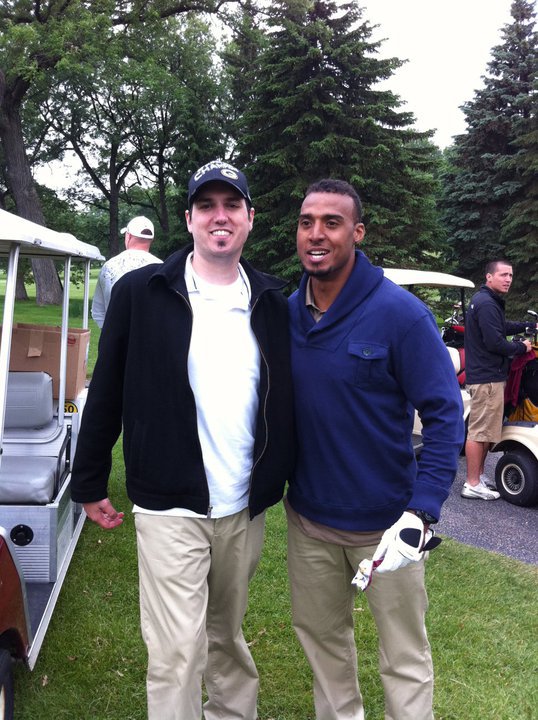