One of Eric’s dreams has always been to see the Big Apple, and on December 10, 2009 Eric finally got to go for a few days.  Eric and his girlfriend Cari made the trip to NYC and eventually met up with his older brother Mike.   They explored Times Square, the Empire State Building, Ellis Island, the Statue of Liberty, and the World Trade Center memorial.  To the right is a picture of Eric, Cari, Mike, and friends Jacek and Nate wearing their LIFE shirts at the Statue of Liberty.  🙂 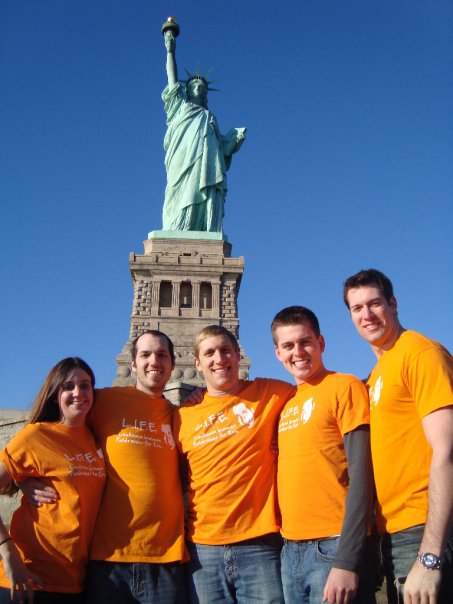